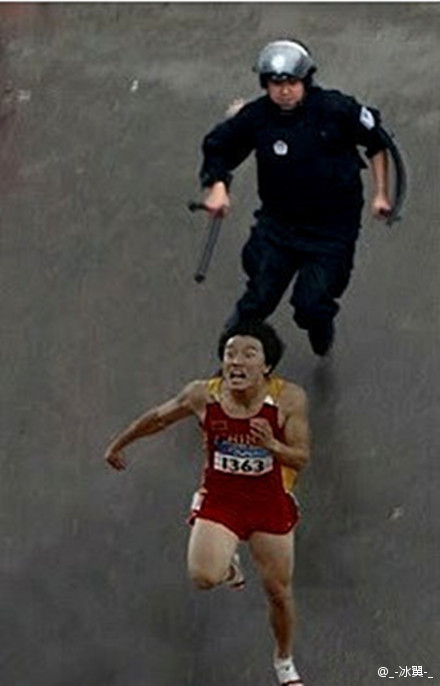 The above picture (photoshopped, obviously) is making the rounds on Weibo, and why shouldn’t it be? Sports is an outlet for people here to release their pent-up emotions and express their frustrations (sometimes this is bad). In this instance, the hero from 2004, who shocked everyone by winning a gold medal in Athens, runs from a marauding policeman, because no one except the Party is sacrosanct. “You think just because you’re an Olympic champion you can outrun a truncheon cop?” a user asks.

But maybe we’re reading too much into it. Nice photoshopping, whomever.