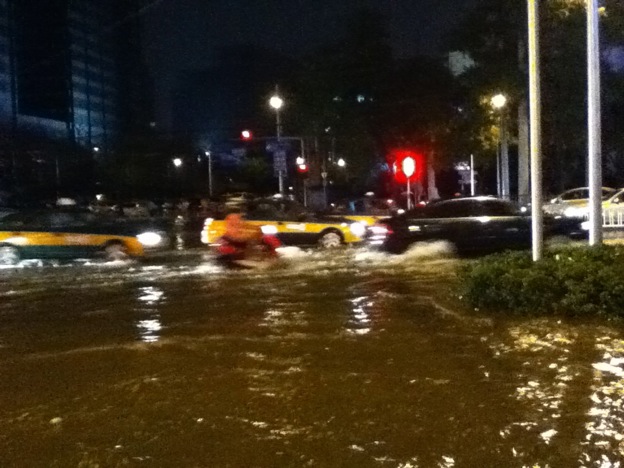 Update: there’s now a video after the jump.

The storm that wrecked Shandong, Tianjin, etc. has apparently found its way to Beijing. Today, water got dumped on our collective heads. Lots and lots of water.  As the Beijinger’s Josh Ong tweeted, “Right about now I’m wishing I had this inflatable boat.”

Kris Pickett, who found himself caught in this vertical river, watched a man put plastic bags on his feet, walk several meters, empty the water that had accumulated inside those plastic bags, then slip them back over his feet. Why? The rain, man. The rain.

Kris took the above picture and the ones after the jump around Dongzhimen, a busy part of town on the northeast corner of Second Ring Road. The rain has completely stopped — it lasted only about half an hour — but water continues to slosh around out there. Venture out at your own risk: piranhas could lurk, after all. 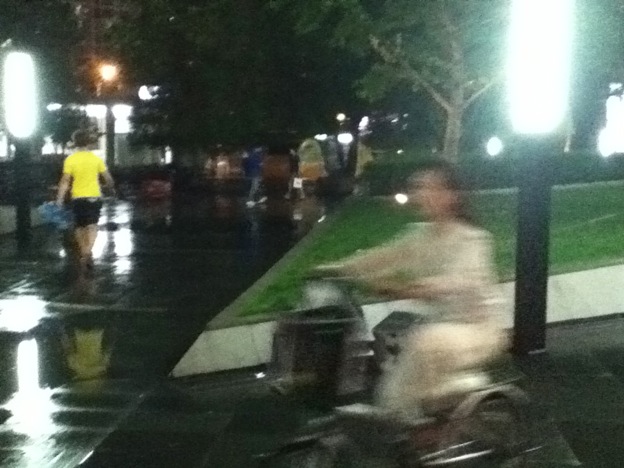 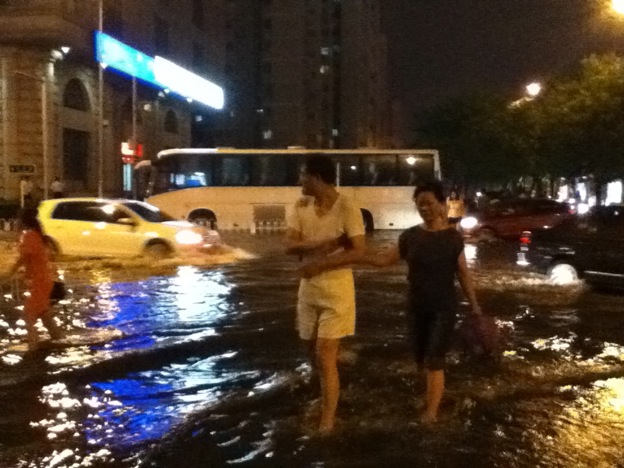 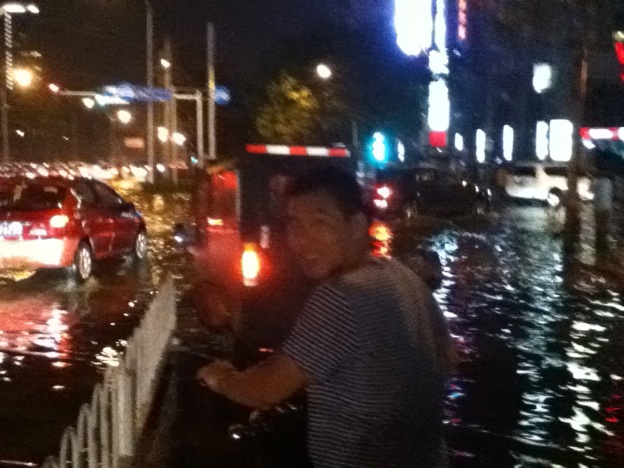 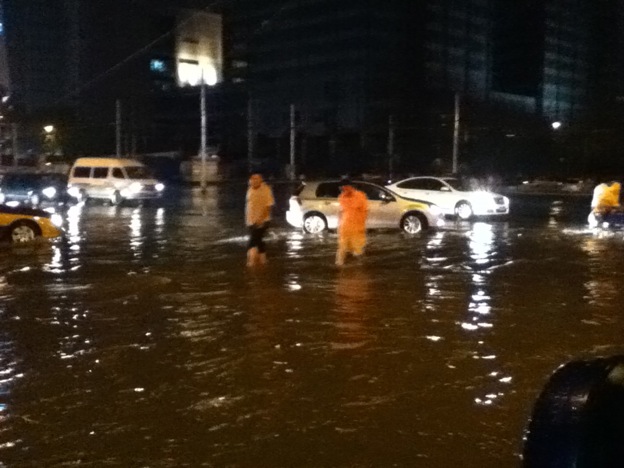 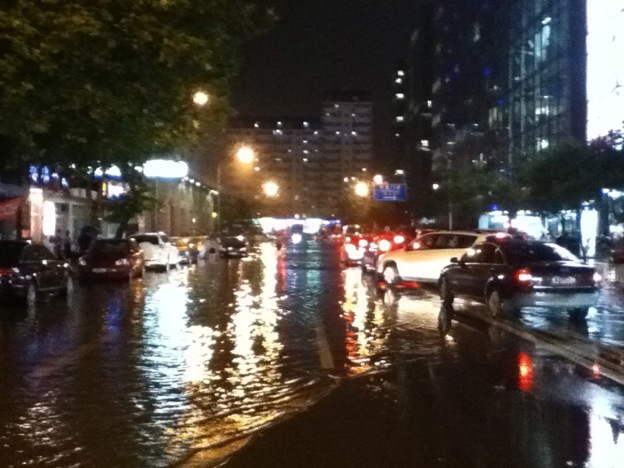 Update, 7/11, 12:17 am: The Good Doctor took video at Yansha Bridge on Third Ring Road tonight. For those who aren’t familiar with Beijing’s ring-road system, the city’s main highways are concentric rectangles, and Third Ring Road is the second innermost ring. Think about that. The center of the city has basically been rendered unnavigable. Beijing is great and all, but its infrastructure sometimes leaves commuters scratching their heads; imagine if the rains had come during daytime or, God forbid, rush hour. (We don’t need to imagine; remember this?)

6 Responses to “This Evening In Beijing, The Sky Opened And HOLY SHIT RAINSTORM [UPDATE]”