For all the topics that Chinese TV news won’t touch for fear of upsetting the wrong censors, one subject they don’t shy away from is death, either on the road or, as is the case here, from a rooftop.

Last Thursday at a residential compound in Harbin, Heilongjiang province, someone took out a camera and filmed a 20-something-year-old man jumping to his death from a rooftop. Let that sentence sink in for moment.

The police officer interviewed in this video says the man was very agitated and told the woman next to him, “Get away from me.” Spectators shouted up at him, “Don’t do anything stupid!” which seemed to agitate him more. The woman, apparently his girlfriend, is said to have gotten on her knees to beg him to reconsider. He turned his back to the camera, to the street, the rest of the world, and facing her said the words, Wo zou le – “I’m leaving now.” 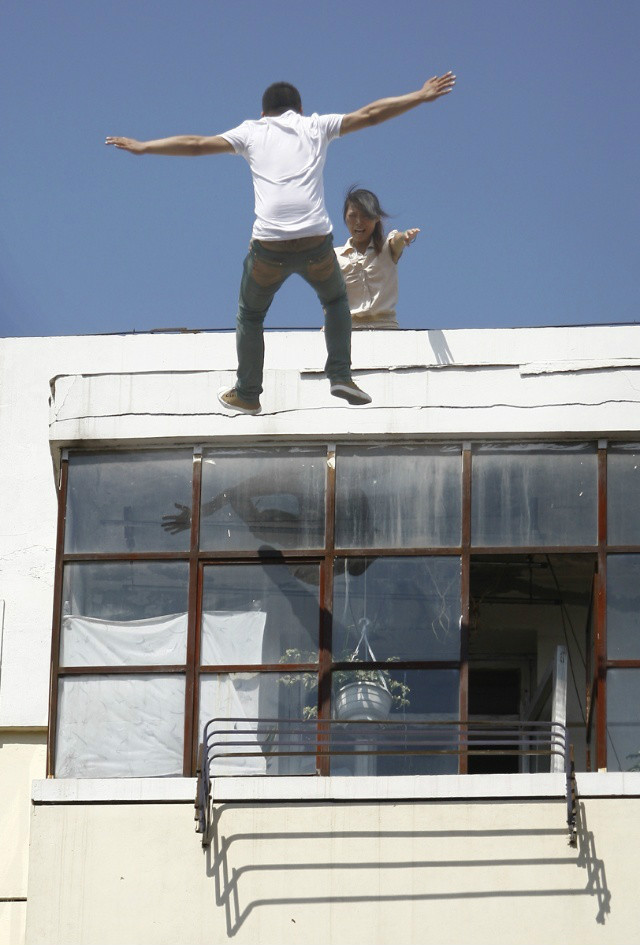