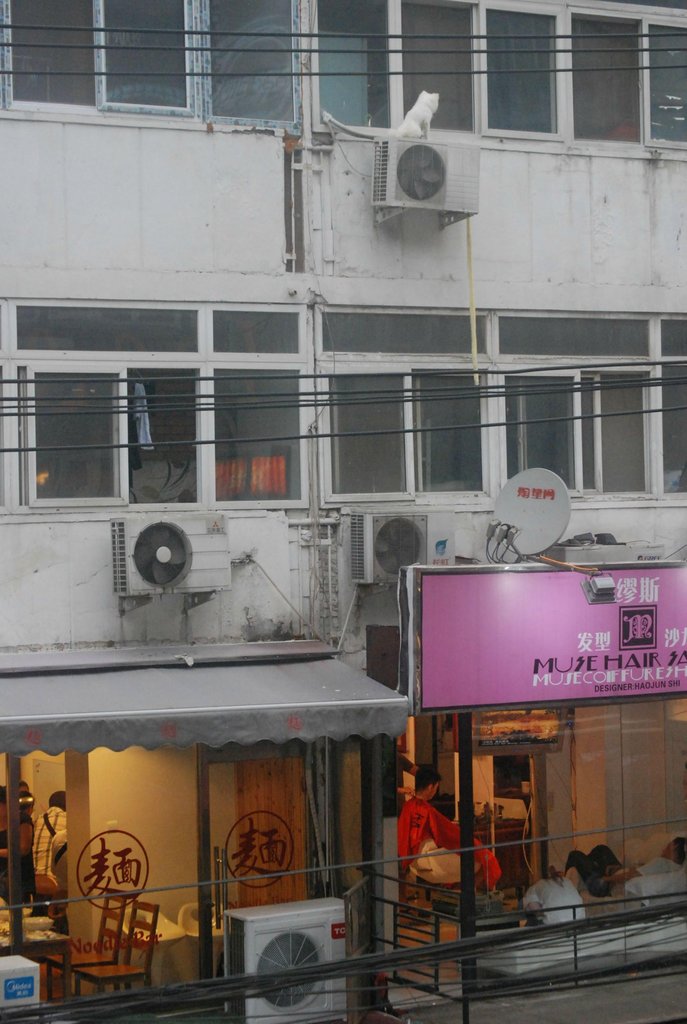 Animal lovers, and doting dog owners in particular, will probably want to shield their eyes. Spotted earlier tonight in Sanlitun, this white dog apparently sat on top of an air conditioner outside its fourth-story apartment for “hours,” according to witnesses in Hercules, the third-floor sandwich shop across the street. This image and the one after the jump were snapped by Jacob S. of Beijing Wiki (currently seeking editors), who says the dog was still there when he left Sanlitun in the evening. We don’t know if it still is, but we’re trying to find out. UPDATE, 1:57 am: While it’s highly unlikely the dog is still there, I’m still seeking confirmation, and in the meantime would like to point out that the owner who did this sure seems like a piece of shit. 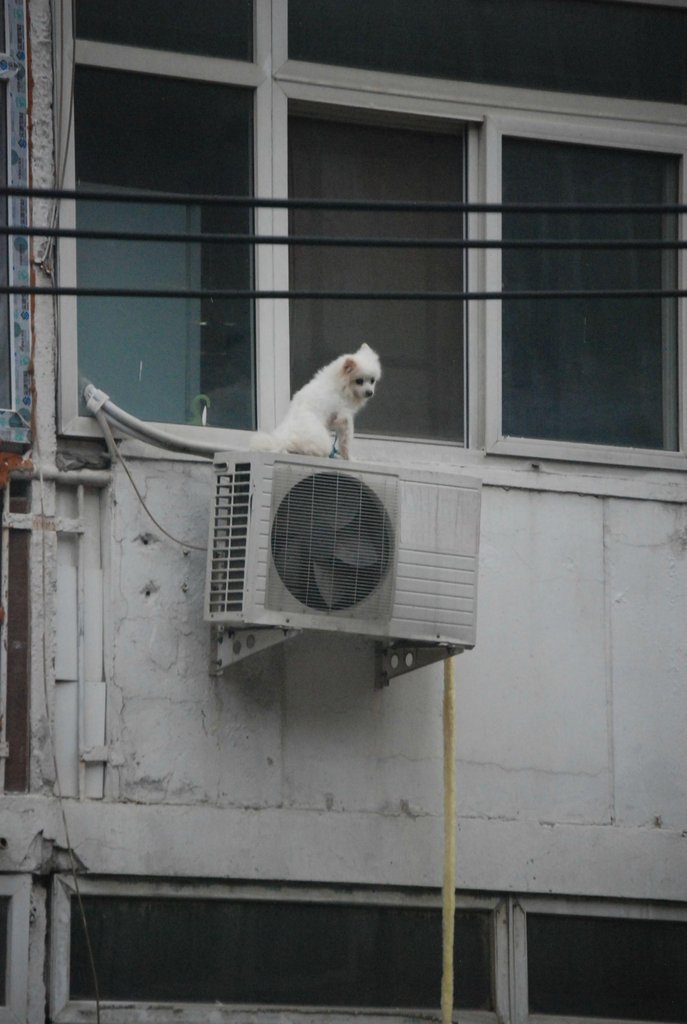