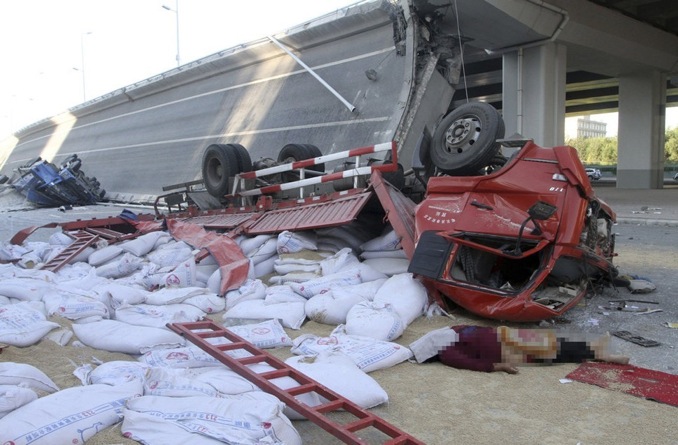 An elevated stretch of highway on Third Ring Road in Harbin, Heilongjiang province collapsed at around 5:30 am today, according to China News, killing two immediately and injuring six others. One of the injured later died at the hospital.

The accident happened about 3.5 kilometers from Yangmingtan Bridge, which we’re told was built less than a year ago. Apparently the road collapsed when four full-capacity transport trucks carrying stone and fodder were passing at the same time. All four vehicles went down with the road. The specific cause of the accident is currently under investigation.

The video after the jump was shot by one of the first citizen journalists to arrive on the scene (judging by the angle of the shadows). “Who said you could film?” the first voice you hear asks.

“Where are you from?”

“Why do you care? Who doesn’t allow filming?”

“You don’t allow? Why isn’t it allowed?”

The authority figure walks away, but the man with the camera persists: “Why don’t you allow, might I ask?”

The filming continues for a few more seconds. Another person in a police uniform also tells him to stop, putting a hand to the camera’s lens.

UPDATE, 5:55 pm: Some more information according to Xinhua:

It is at least the sixth major bridge collapse across the country since July last year, following one in Beijing and another in the eastern city of Hangzhou. Shoddy construction and over-loading have been blamed.

The Yangmingtan Bridge was only opened to traffic in November. With a total length of 15.42 km, spanning the Songhua River in Harbin, the eight-lane bridge was claimed to be the longest in north China.

Built by the China Railway First Group Co., Ltd, it was the third bridge erected across the Songhua River in the past four years. 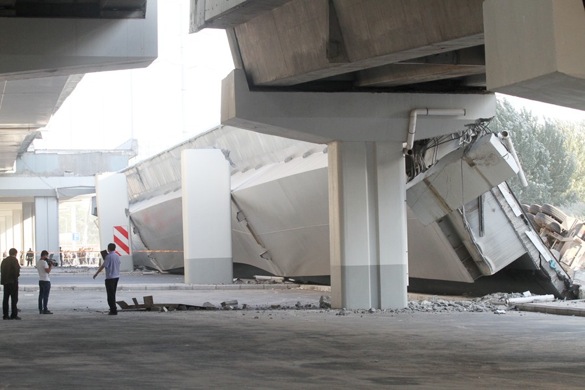 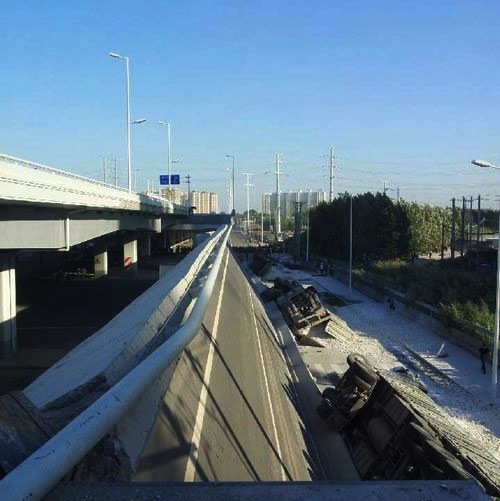