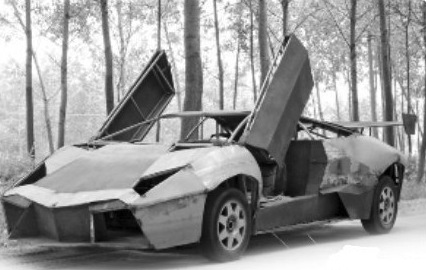 This “Lamborghini” made with spare parts from other cars and steel pipes is the ultimate passion project. Wang Jian, 28, from Siyang, Jiangsu province reportedly spent 60,000 yuan to construct this life-size replica model of the classic Italian sports car (maybe the Gallardo?), and slapped on the license plate “王NB0001” (the character is Wang, and “NB” is slang for “awesome”). Chinese netizens have dubbed it the “Most Awesome Sports Car Ever.”

We’re told it’s functional by at least two TV stations (obviously taking information from Sina Weibo et al.), and that it’s able to reach 160 kilometers per hour. Absent of video proof, however — we’ve yet to find any — we’re going to go ahead and not believe that last part. But perhaps it really is able to chug along at an indeterminate speed, and turn and go up slopes, as has been claimed, which would make it pretty awesome indeed. It “shouldn’t be hidden from the public,” as a commentator on Liaoning Satellite TV said (video embedded after jump).

And what does Wang intend to do with his awesome creation? Use it to deliver fertilizer. Yes, in rural China, there’s an operational made-at-home Lamborghini, and it’s transporting fertilizer. Of course it is. 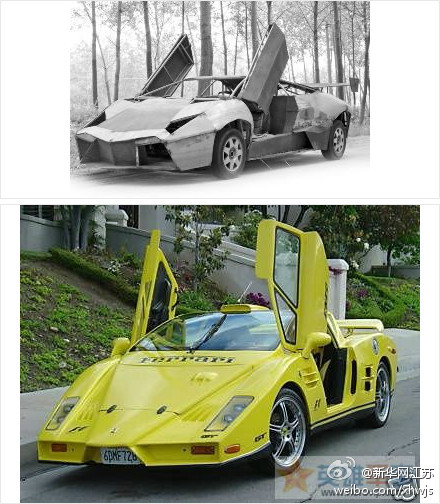 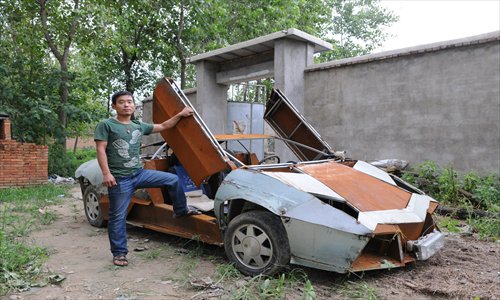