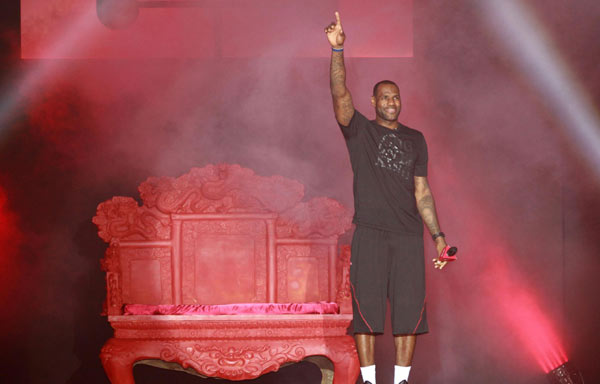 LeBron James arrived in Beijing yesterday to kick off his four-day promotional tour through China, and there’s a video after his jump of his rather… theatrical first public appearance.

The activity was FindYourGreatness, sponsored by Nike, held in Chaoyang Gymnasium. Fast-forward past the acrobats to the 2:30 mark to watch LeBron make his exalted entrance, barely noticing the big red throne (intentionally not acknowledging it?), wearing a “Long Live the King” T-shirt. “Greatness is defined by how much hard work you put into what you do,” he told the audience.

During the game, someone picked up a microphone and tried to pressure James to step onto the court, “for one minute.” But James had no interest in pulling a Kobe, i.e. scoring 68 points in 15 minutes. He demurred, “I’m injured.”

Not injured enough to do this though during warm-ups:

Here are some more pictures, via Reuters/Sina and Xinhua/China Daily: 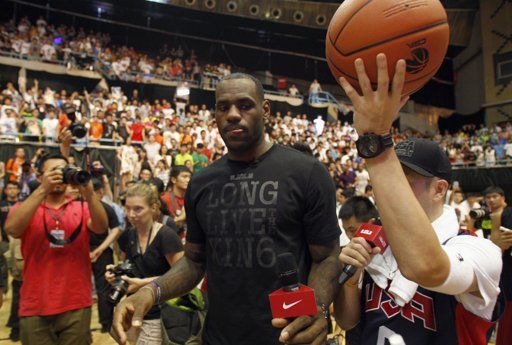 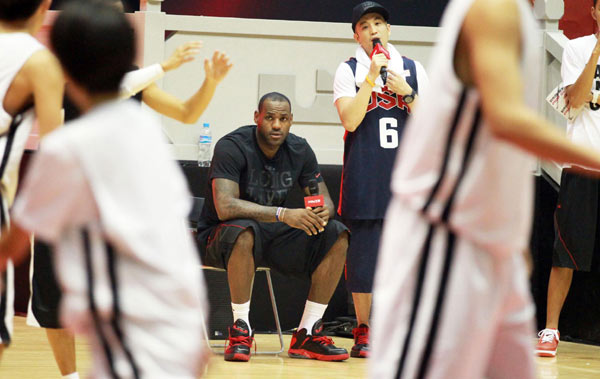 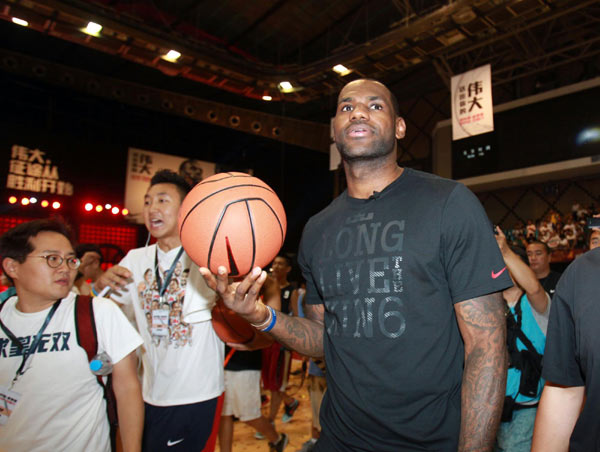 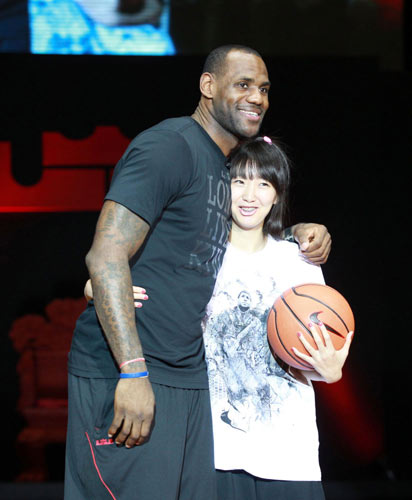 Finally, here’s a BTV sports show’s story on the King:

Youku videos of the above: