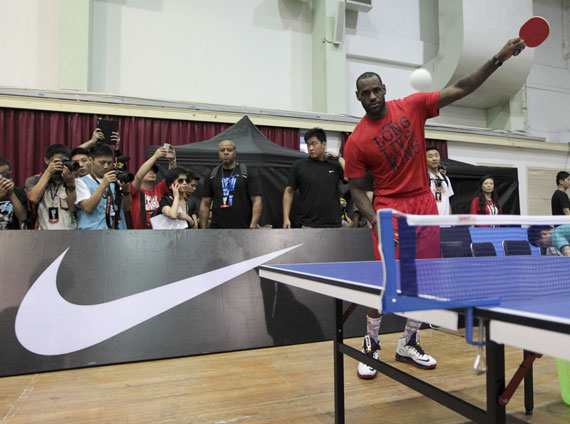 Listen up, Beijingers: Blue Frog’s burgers are enjoyable, but the best Monday dinner deal in town is First Floor’s half-price-food Mondays, with happy hour on drinks until 9 pm. If you don’t believe me, go tonight and get the chicken burger with egg, which will set you back all of 35 yuan but will be the best chicken burger you’ve had. I’ll be there with links.

So in other words… a bad movie. “The opening graphics for Death By China, a scaremongering tract about the corrosive impact of America’s free-trade agreement with China, feature a 3-D shot of the continental United States with red, white, and blue flag stripes painted across it. It then shudders, tips, and falls against an all-black surface with a thud. While America is lying there, prone and helpless as a newborn babe, down comes a serrated knife jammed right through the heartland. The label? Made In China. Then blood pours down to reveal the title. This is the level of rhetoric on display in this rabid piece of agitprop, which swamps a number of legitimate arguments against the current trade arrangement between the U.S. and China with the strident brushstrokes of a bad editorial cartoon.” [A.V. Club]

Ryan Lochte’s sister, Megan, did an outrageously racist thing in 2008, in a story just brought to light… “In this four and a half minute clip — shot after the Olympic Games in Beijing — Cucchiella says to Megan, ‘Let’s talk about China. How long were you there?’ Megan replies: // ‘We were there for over a week. China was chinked out.’ // She then proceeds to use the word ‘chink’ five more times, describing China as: // ‘Chinks, everywhere.’ // Cucchiella suggests Megan not use the word ‘chink,’ and Megan argues: // ‘But it, like, fits them, because they’re like, chinks!’” [Jezebel]

…and then she made up an outrageously dumb excuse. [Jezebel, again, though her original excuse was posted on Celebuzz]

In which I find out Q Live has a Chinese edition. “You blatantly disrespected Not There, CNDY & Hot Cat. You cost everyone time & money. For a music magazine, you people behaved like a true confederacy of dunces. Just remember that music & media are people businesses. Anyone that gets a phone call from Q Live, be very goddamn wary.” [Jonathan Heeter, Not There Beijing]

Q has apparently reached out and “were pretty apologetic,” Heeter tweets.

Peking University sex scandal? “The allegations were originally posted on a Sina Weibo registered in the name of Zou Hengfu, a former PKU professor. He claimed that some university officials had inappropriate relationships with waitresses working in a campus restaurant called Mengtaoyuan. // In a post on his Sina Weibo account Tuesday morning, Zou wrote: // Deans at PKU will fornicate with any pretty waitress they see at Mengtaoyuan Restaurant. That is why the business there is so good. With the exception of Zou Hengfu, there are way too many licentious men at PKU. // In a later post, he explained what exactly he meant by ‘fornication’: // By ‘fornication’, I’m referring to casual sex, seduction, and the exchanging of money and power for sex. Do not only think about rape. Fornication here means adultery in general.” [Sina]

Japan tries to buy four of the five Diaoyu Island isles from the Kurihara family, which previously had said they would only sell to the Tokyo government. “The government is making a ¥2 billion bid for the Senkaku Islands as it forges ahead with a plan to bring them under state control around next month, sources familiar with the matter said Sunday. // …The Senkaku Islands have been administered by Japan since 1895. China and Taiwan — which know them as Diaoyu and Tiaoyutai, respectively — began making claims to them in the 1970s after U.N. studies suggested potentially lucrative gas fields might be near them. Of the five main uninhabited islets, Taishojima, the smallest one, is already owned by the central government, which is leasing the other four.” [The Japan Times]

Idiots being assholes. “The South China Morning Post reports (behind a paywall) that hundreds of protesters gathered in Dongguan yesterday and marched towards the city’s government plaza in Dongcheng District.  Before they got there though, riot police arrived and began trying to break up the protest.  This inevitably resulted in some scuffles, with protesters throwing objects at the police.” [The Nanfang]

Asshole being stupid. “At a wine festival held in Changli, a wine producing region in northern China, a bidder in sunglasses paid RMB200,000 (about US$30,000) for two bottles of French white wine. He promptly smashed one bottle on the ground. He hopes this stunt will make more people support China’s domestic wine, ‘the meaning of which is priceless,’ said the unnamed bidder from Beijing, according to media reports. // His message was heard – and widely ridiculed – on Sina Weibo.” [Tea Leaf Nation]

The most famous adoptive mother in China, Lou Xiaoying, nears death. [Behind the Wall] 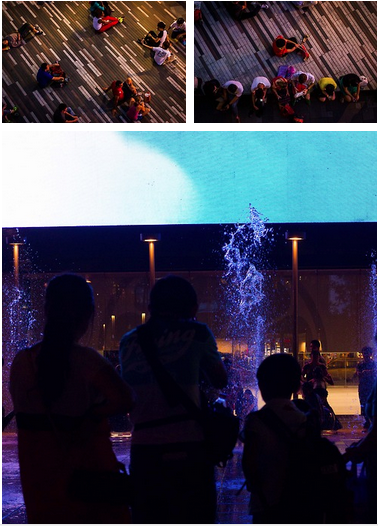 Sanlitun at night, via Illuminatorium