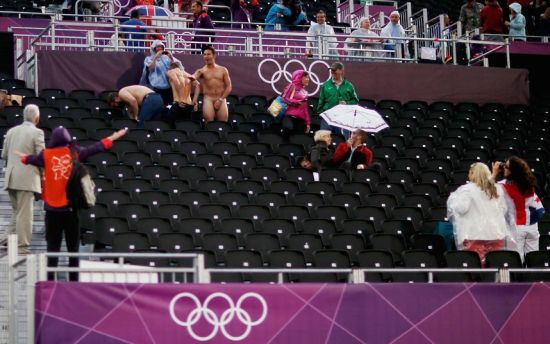 Today marks the four-year anniversary of the start of the Beijing Olympics. Let us commemorate over links.

Four months later, after finding actual bombers, police apologize to family of victim of bombing for accusing him of suicide bombing. “Deng Deyong and Song Chaoyu, both 43 from Yibo, had confessed to planning the blast because they were not satisfied with the demolition compensation, the Zhaotong Municipal Public Security Bureau said in a statement. // They confessed that they found 26-year-old Zhao Dengyong at a local labor market and gave him 100 yuan (15.9 US dollars) to carry out their plan on May 10. They used a mobile phone as a remote control device and detonated the explosives Zhao was asked to carry when they saw that Zhao had entered the housing demolition office, the statement said.” [Global Times]

What we can expect at the upcoming Gu Kailai trial. “Gu is more likely to receive a death sentence subject to two-year reprieve of execution, a unique mainland punishment that is converted to a life sentence if the defendant does not intentionally commit an additional crime during the reprieve. Although the official announcement of her prosecution did not mention mental illness, it did hint at the existence of another possible mitigating circumstance by stating that Gu committed murder to protect her son, whose safety had allegedly been threatened by the victim. She might also ‘demonstrate merit’ by becoming a prosecution witness against her husband and others. // Whatever her sentence, a defence appeal from the Hefei Intermediate People’s Court to Anhui Provincial High Court is unlikely to alter it. Indeed, the court may well secretly direct the lower court trial. In any event, since the sentence will be determined politically, amongst Beijing’s highest leaders, it will not be subject to change, even by the Supreme People’s Court.” [Jerome A. Cohen, US Asia Law Institute]

Bo Guagua speaks again, and does not say Oxford. “‘As I was cited as a motivating factor for the crimes accused of my mother, I have already submitted my witness statement,’ he wrote in an e-mail. ‘I hope that my mother will have the opportunity to review them.’ // …’I have faith that facts will speak for themselves,’ Bo Guagua said of the trial, which is scheduled to take place on Thursday.” [CNN]

Mother punished for criticizing investigators of her daughter’s rape case. “In 2008, the local court handed out death sentences to two defendants accused of rape and sex trafficking, life sentences to two accomplices, and long jail sentences to two others accused of rape. // The tragedy did not end there. The defendants appealed. Tang and her family, on the other hand, believed that the sentencing was too lenient on the defendants who escaped the death sentence and the justice system failed to punish certain police officers who did not do their jobs or tried to cover up the crime. What’s more, one of those convicted sought to reduce his sentence based on ‘meritorious conduct’ that the local police may have helped fabricate…. // On August 2, however, Tang was sentenced to 18 months of hard labor for ‘disruption of social order’ because she slept in a court room for 15 days, tried to block cars and gates at various public institutions and distributed leaflets about the case during the course of her appeal.” [Tea Leaf Nation]

Tough luck if you’re in need of a household convenience in Shenyang. “Multiple Chinese discussion forums and social media report that almost all small businesses in Shenyang, particularly those run by owners with no connection with the government, have put up the shutters to avoid sudden raids, detention and hefty fines. The police blitz on such a large scale is believed to be an effort to collect money for the National Sports Games hosted by the city in 2013.” [Ministry of Tofu]

Gymnastics controversy involving China’s Chen Yibing. “I think everyone watching was shocked by the loss of Chen Yibing to Brazilian gymnast Arthur Nabarrete Zanetti on Monday. Zanetti is a brilliant gymnast, but Chen Yibing’s performance was near perfection. Both the Italian and Chinese head coaches have openly criticized the scores, believing that Chen Yibing should’ve won the gold. In his message on Sina, Chinese head gymnastics coach Huang Yubin calls the night a ‘dark night in the history of gymnastics’ and  an ‘injury to every one in the world who loves gymnastics.’” [Cfensi]

In which Nature apologizes for its Ye Shiwen story after it is overwhelmed by negative comments. Example: “FROM LAI JIANG, Department of Chemistry, University of Pennsylvania // It is a shame to see Nature — which nearly all scientists, including myself, regard as one of the most prestigious and influential physical-science magazines — publish a thinly veiled biased article like this. Granted, this is not a peer-reviewed scientific article and did not go through the scrutiny of picking referees. But to serve as a channel for the general populace to be in touch with and appreciate science, the authors and editors should at least present the readers with facts within the proper context, which they blatantly failed to do.” [Nature]

Global Times claps from the sideline, calls for more angry Chinese people to flood the comments section of Western publications in the future. “The best response is to prove the nonsense of the misinterpretations by presenting adequate evidence, as was the case in the demands for Nature to apologize.” [Global Times]

Michael Phelps on Ye Shiwen: “It’s kinda sad that people have a great swim and that’s the first thing they say. You know, people who work hard, it shows. And, uhm, there are people who just jump to that conclusion sometimes and it’s not right. Being able to watch her was pretty amazing. I’m happy I actually outswept her in the last 100m or so.” [Shanghaiist]

Three deaf Belgians apparently wandered into a “wild” part of the Great Wall and needed to be rescued by firefighters. [Global Times] 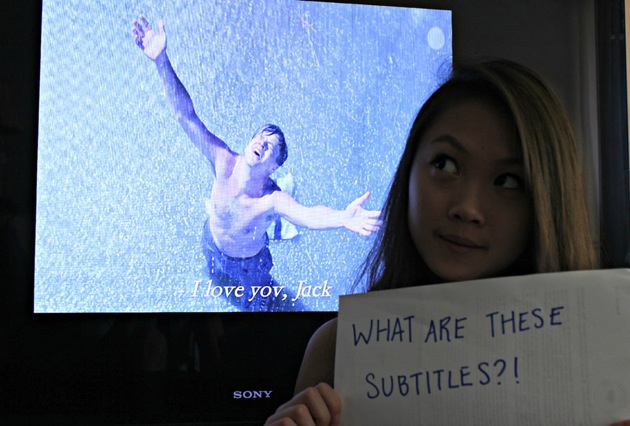 An entry in the Shanghai Calling Expat Stories Contest, via chinaSMACK