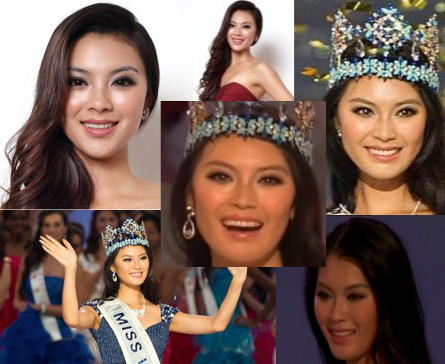 If you’re wondering why the new Miss World’s smile looks so robotic, you might find the answer in this Forbes article about cosmetics mogul Yue-sai Kan, who is the national director for Miss Universe China. Granting that Miss World and Miss Universe are different, it’s still telling that Kan operates a “boot camp” that winnows out women until a select few candidates — the world beauty pageant ideal — remain. And what of their traits? Tall and able to smile, as far as I can tell. Not a total disaster on stage. Not ugly. Everything else — the softball questions about platonic ideals, the two-handed wave, the strut — can be taught.

Yu Wenxia, 23, five-foot-eight (according to MSNBC; her Miss World profile lists her at 177 centimeters), won the Miss World beauty pageant yesterday in Ordos, Inner Mongolia, in an event marred by the city’s ham-handed attempts to restrict journalists from investigating the city. (You’ll not hear about that in any official media reports, of course.) I didn’t watch the show, but this quote from Yu, which appears in several places, about sums up the experience, I think:

“When I was young I felt very lucky because so many people helped me, and I hope in the future I can help more children to feel lucky.”

That is, quite simply, about as cliche-ridden and terrible a sentence you’ll see anywhere.

And here’s a snippet of the finale:

But you know what? Good for her. Let us set aside the fact that beauty pageants are relics of another time, with objectives that ring as hollow as a tin pan, and these days serve more as platforms for male schmoozing and corporate smuttiness. (Has it occurred to anyone to wonder why this “global” event is held in an Inner Mongolia mining town that has mountains of money and glitz but little else? Wait, actually that sounds like the perfect home for the Miss World pageant.) Congratulations to Yu Wenxia, only the second Chinese woman to win the Miss World crown. 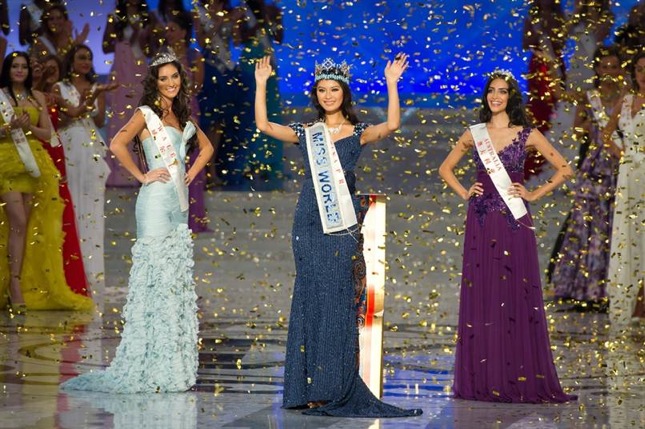 If you’re wondering what Yu Wenxia looks like when she’s not smiling, here: 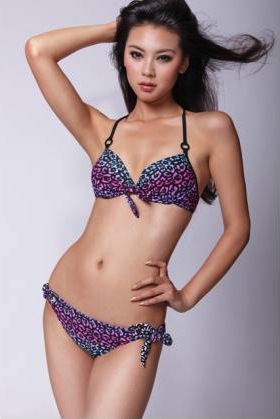 Finally, something I found interesting: Yu’s official introductory video on the Miss World page has been viewed nearly 100,000 times, and it’s gotten 670 dislikes to only 123 likes:


The Youku version of the show’s snippet (longer form) is here:

An extended intro, for those who can stream Youku:

7 Responses to “Yu Wenxia, From China, Is Your New Miss World”