Nonetheless, the news out of a Foxconn plant in Taiyuan, Shanxi province is that something happened in the early hours last night, as first reported by Richard Lai of Engadget. The latest update has Foxconn telling Reuters that, “The fight is over now … we’re still investigating the cause of the fight and the number of workers involved… a couple thousand workers is possible.” The plant is temporarily closed, with a statement expected to be forthcoming. Xinhua reports that about 10 people were hurt. UPDATE, 9/26, 7:31 pm: Marketplace: “40 people injured in the clash, and one person was stabbed.” No deaths.

A video has surfaced, along with some photos that really don’t show much. We’ll update if there are any significant developments, but early indications are this incident was nothing more than a big fight, the kind liable to happen at any factory in China. But of course, it didn’t happen at “any” factory. It happened at Foxconn. And that makes it relevant to the media at large. 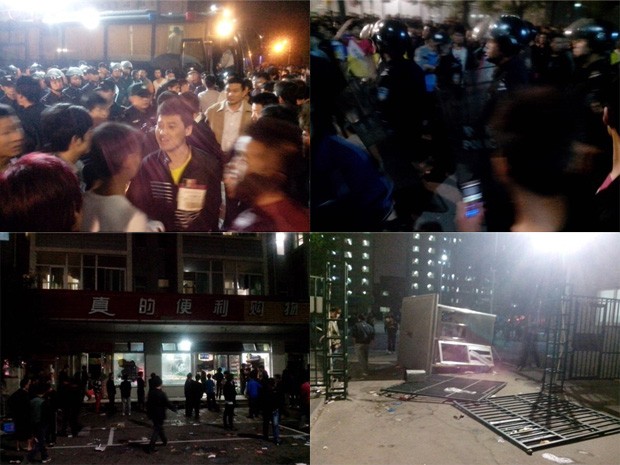