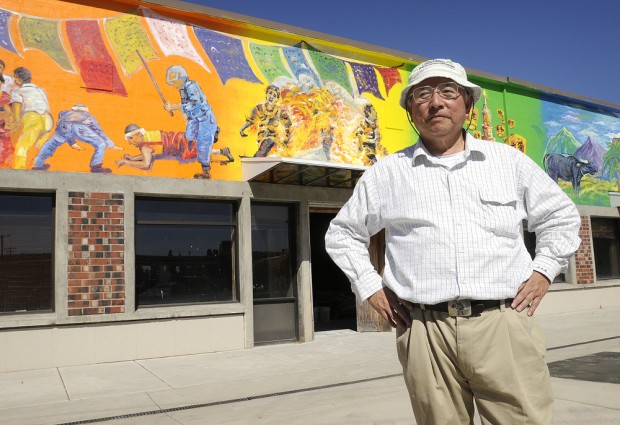 Via Corvallis Gazette-Times, an offending mural in Oregon promoting independence for Tibet and Taiwan.

NFL Game Pass is free this week thanks to City Weekend, so go here to watch some American football. AMERICA. Links.

Another addition to “Where is Xi Jinping?” “Chinese president-in-waiting Xi Jinping has been rushed to a hotpot restaurant, after being found just barely alive following a five-day gaming bender.” [China Daily Show]

A foreigner plays 10-year-old Chinese students in ping-pong. Hilarity ensues. “On my first day at Shichahai Sports School, the elite athletic academy in Beijing, Coach Chang introduces me to his ping-pong class. ‘We have a new American student,’ he says, peering out from behind the prescription sunglasses he wears indoors. As all eyes turn toward me, I feel a rush of nerves. It’s like day one of kindergarten again, only this time I have chest hair. ‘He claims he’s been playing for more than ten years,’ Chang goes on, ‘but from what I’ve seen, it looks more like ten days.’ The class erupts into high-pitched giggles.” [Christopher Beam, GQ]

Chinese reporters quitting journalism is like expats leaving China, except relevant. “Recently, Jian Guangzhou (@简光洲), one of the most reputed investigative journalists in China, quit the Oriental Daily (@东方早报) and announced he was ending his reporting career. Even though the specific reasons for Jian leaving his job remain unclear, one of his tweets on Sina Weibo, China’s Twitter, revealed frustration and desperation behind the decision. ‘My ten years with the Oriental Daily have been the most precious in my life, which gave me all the sadness and happiness, all the dreams. I suffered and endured everything because of the dream I had. And now, the dream is dead, and I choose to leave. Take care, my brothers!’” [Tea Leaf Nation]

Subhead of the year: “China’s most fascinating celebrity is probably the only contemporary dancer also capable of blowing up a bridge – she also used to be a man.” [The Guardian]

Ai Weiwei on the exhibition “Art of Change: New Directions from China,” opened last week at the Hayward Gallery in London: “I don’t think it’s worth discussing new directions in the context of Chinese art – there were no old directions, either. Chinese art has never had any clear orientation. Yes, the artists in this exhibition, which opened at the Hayward gallery in London last week, have struggled against the limitations imposed by the Chinese state more stridently than others. But that doesn’t change the fact that this is just another attempt to introduce western audiences to so-called ‘contemporary Chinese art.’ How can you have a show of ‘contemporary Chinese art’ that doesn’t address a single one of the country’s most pressing contemporary issues?” [Ai Weiwei, The Guardian]

The story of a boy named “Fuck Japan.” “However, all this unexpected attention and online fame seems to have fucked Cao Riben more than anyone else. He has reportedly withdrawn from his course (he was due to study Mathematics and Applied Mathematics) in order to repeat his final year of high school. The Weibo user responsible for the original post has apologised to the student and the Polytechnic Institute of Jiangxi Science & Technology Normal University for any harm he caused, but the university is continuing an investigation into whether Fuck Japan’s withdrawal was as a result of this incident in order to ‘uphold justice for the student.’” [Shanghaiist]

Never too early to learn how to grease the wheels. “On the day of this year’s Teacher’s Day, a picture of a little primary school girl carrying two Gucci bags on way to school caught the attention of many netizens. 北京号外 quoted a netizen from Shenzhen 某人在深圳  who posted the picture originally: ‘Sending my daughter to school this morning and so shocked to see this primary school girl carrying two Gucci bags as gifts to her teachers.’ The tag of this post was ‘So disappointed at the society.’” [Offbeat China]

Not very smart. “Police arrested Chou Wan, 32, after a gem owner complained a man had swallowed his 1.5 carat diamond at a jewelry show in Colombo last week. An X-ray taken at a hospital showed the diamond and Chou was given a laxative so the gem could be recovered. The National Gem and Jewelry Authority, which regulates the gem industry, then was asked to inspect the diamond concerned. // Police spokesman Ajith Rohana said the authority informed police the diamond Chou swallowed was fake and had no financial value.” [AP]

Non-Chinese words in the Modern Chinese Dictionary《现代汉语词典》causes controversy. [The World of Chinese]

Housing con in Beijing that targets foreigners. [The BJ Reviewer]

If you’re keeping track… smack, bang, boom, slam… surely “suck” is next? Introducing, from the creators of chinaSMACK: [russiaSLAM] 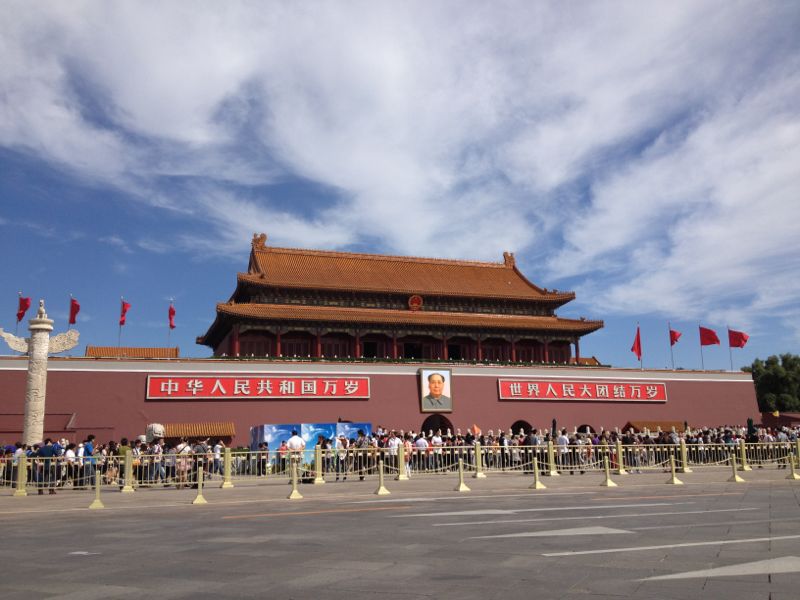 Beijing today, taken on an iPhone by YJ, via Alicia