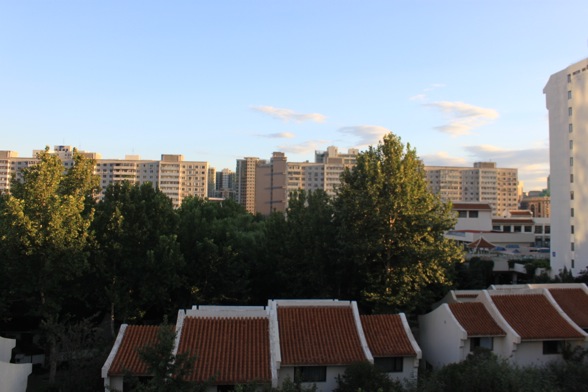 Days like today are why I wake up in the morning. Just kidding — I do it for links. (Also see: yesterday.)

Replacing Ling Jihua. “A confidant of China’s President Hu Jintao has been replaced in a powerful Communist Party post by an ally of the country’s future leader, Xi Jinping, in a surprise move ahead of a once-a-decade leadership change in the fall. // The Xinhua news agency and other state media outlets said Saturday that Li Zhanshu, 62, had been appointed director of the Central Committee’s General Office, which manages appointments, document flow and other logistics for the top leadership.” [WSJ]

Ergh. “The adoptive family of Kang Mengru, from a small village in Luohe City, in central China’s Henan Province, received scan results at the People’s Hospital in the provincial capital of Zhengzhou on Monday. // Zhengzhou Evening News reported yesterday that doctors discovered a fetus inside the girl’s stomach, which is believed to be her parasitic twin, the result of one embryo not fully separating. // Kang has been hospitalized and her doctors are mapping out a plan on a surgical removal of the fetus.” [Shanghai Daily]

Another Hong Kong rally. “More than 3,000 Hong Kong residents braved the rain to protest the government’s plan to begin a national education program, which they say is biased toward Beijing. // Parents, students and teachers were among those gathering outside the government’s new headquarters on Tim Mei Avenue today, the first of the school semester, demanding the curriculum be scrapped. Demonstrators said they fear the material is biased towards the Chinese Communist Party and may stifle independent thinking.” [Bloomberg]

Man realizes the seriousness of fake terrorism threats, apologizes profusely. “On the 30th of August, soon after Shenzhen Airlines flight ZH9706 took off from Xiangyang (襄阳) in Hubei province bound for Shenzhen (深圳), customer services at Shenzhen airport received a call from a male caller saying that he had placed a bomb on flight ZH9706 and that it would be exploding in 45 minutes. As a result, the airplane was alerted and made an emergency landing at Tianhe (天河) airport in Wuhan at shortly before midnight. A thorough search of the plane revealed that there was no bomb on board. // An investigation into the incident was launched right away, and 44 hours later the police had the ‘male caller’, who turned out to be a man called Xiong Yi (熊毅) from Dongguan (东莞) in Guangdong.” [Danwei]

A reminder that the NFL season kicks off this week. “A relatively error strewn game of flag football between the high school team and their teachers might not have been pleasing to the eye but it is symbolic of the growth of the sport within China. The school’s football programme is almost certainly the first of its kind in a Chinese-run school and only came about after students hassled a couple of American teachers into coaching them.” [Andrew Crawford, The Classical]

Search engine war. “This bit of argy-bargy between Baidu and Qihoo’s 360 Search is actually already a full-blown Web war. It has already seen Qihoo censor ‘Baidu’ as a search term; rumors bubbled up of Baidu looking into the feasibility of legal action; and then Qihoo stopped sending traffic to Baidu features like Baidu Maps (services which 360 Search currently lacks). It’s going to get even uglier.” [CNET]

I’m late with this, so apologies, but here’s the original English-language speculation that Drogba and Anelka may have played their final games with Shenhua FC. “Didier Drogba and Nicolas Anelka’s short Shanghai Shenhua careers may already be over due to an imminent financial crisis at the club, according to an alarming story in today’s Oriental Sports Daily. // The Shanghai-based newspaper today alleges that due to a shareholder dispute, Zhu Jun is set to pull his investment out of the club before the CSL season resumes on September 15, meaning the club will no longer be able to afford the astronomical wages of Drogba and Anelka.” [Wild East Football]

Call for poetry translators for Pathlight No. 4. [Paper Republic]

Another coal mine explosion kills 14 in Jiangxi province. [AP]

NFL China giving away a trip to the Pro Bowl. [Sina Weibo]