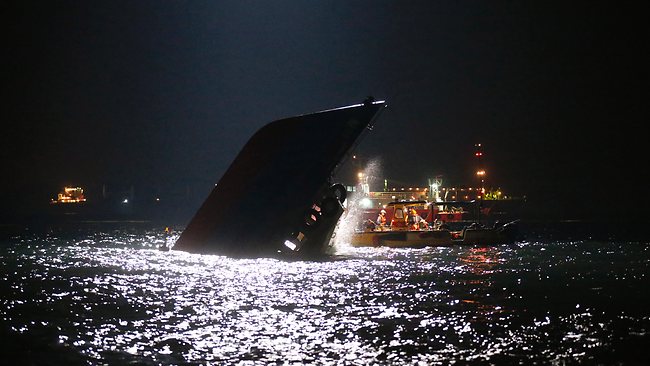 Another Golden Week tragedy, this time out of Hong Kong. Thirty-six people are confirmed dead after a ferry, the Lamma IV, capsized after colliding with a tug boat off Lamma Island. Many of the 120 onboard were off to Victoria Harbor to watch Hong Kong’s annual October 1 fireworks display, one of Hong Kong’s three fireworks shows.

From the above-linked AP writeup:

Local television station RTHK reported on its website that children were among the dead.

‘”After 10 minutes out a boat crashed into ours from the side at very high speed. The rear… started to sink,” a survivor was quoted as telling the South China Morning Post after he was brought to shore.

”I suddenly found myself deep under the sea. I swam hard and tried to grab a life buoy. I don’t know where my two kids are.”

Another survivor, a woman, said: “I swam for a long time to reach the surface and swallowed a lot of water. Then I found a rescue boat.”

“I thought we’d hit a rock or a lighthouse,” said Chris Head, a school teacher who was on the passenger ferry that crashed into the Hong Kong Electric vessel.

He said the force of the impact threw him out of his seat at the back of the ferry, which was not very full of people.

As the damaged ferry began to move toward the pier in the small town of Yung Shue Wan on Lamma, Head said he could see the other boat had started to sink into the water vertically, like the Titanic.

Videos of the aftermath are beginning to surface, as you’ll see below.

UPDATE, 3:29 pm: Trey Menefee of The Comparativist has shared with us some photos that he took: 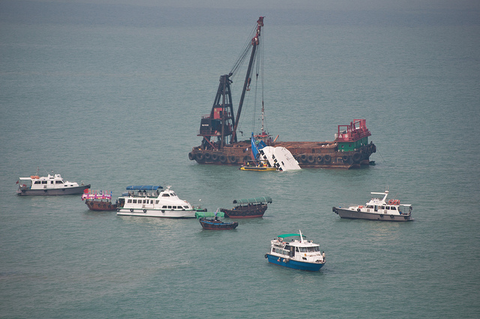 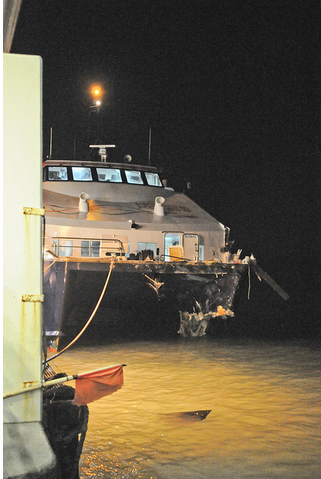 UPDATE, 10/2, 11:31 am: The death toll is up to 38. Meanwhile, “According to an official police statement released late Tuesday, the two vessels’ captains, as well as five other crew members, were arrested on suspicion of endangering the safety of others at sea. Separately, the government announced that it would form an independent commission to investigate the disaster. The authorities offered no theories as to how the accident had occurred in one of the safest and most regulated waterways in Asia, The Associated Press reported.”