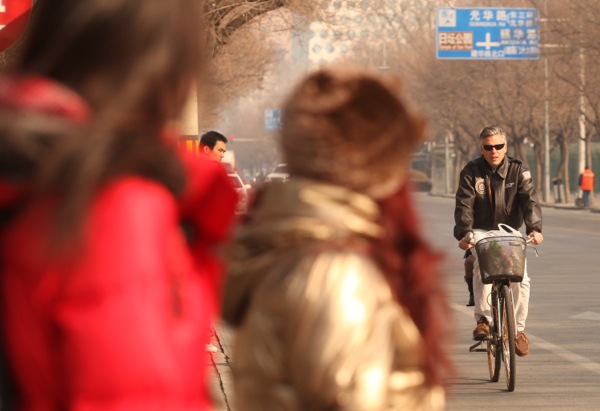 Jon Huntsman, the one-time presidential hopeful and former US ambassador to China, has probably said more sensible things about China to more Americans in the last year than just about anyone in the world. It was only earlier this year, after all, that he trashed his own party’s approach to China, saying, “I don’t know what world these people are living in.” And in a very recent interview with Isaac Stone Fish of Foreign Policy, he correctly notes, “Beyond it being used as a political tool rhetorically, we’ve had very little talk of China at a time when we ought to be having a substantive conversation, because it is the relationship that will matter the most in the 21st century.” (This was, mind you, before Tuesday’s presidential debate, when both candidates were more than happy to drop the word “China” without actually caring.)

But even Huntsman can run afoul of the decision-makers here. Via the Fish interview, this fantastic detail, buried on the second page:

JH: Oh, it always means something, but you have to put it in perspective. I was supposed to be there a month ago giving a speech, but they canceled my visa. Why? Because I talk too much about human rights and American values, and they know that. And at a time of leadership realignment, the biggest deal in 10 years for them, they didn’t want the former U.S. ambassador saying stuff that might create a narrative that they would have to fight. I understand that. But when the transition is done, the crazy American ambassador will be let back in, and I can say whatever I want. As they used to tell me when I was over there was “Women zhongguo ye you zhengzhi”—”We have politics too in China.”

FP: So they ended up letting you back in this time?

FP: How did they communicate that to you, that they had canceled your visa? It was just not approved?

JH: Well, the group that was bringing me in to speak, the organizers — they had a little pressure put on them, shall we say.

JH: Oh, I think it was pretty overt pressure.

You see that? Even an ostensible friend to China — and Huntsman is that, he who bikes around Ritan Park — can be denied a visa. Don’t feel so bad the next time you’re given the runaround. You’ve never even run for president.

After interview, Huntsman’s office said he misspoke, meant “cancelled invitation” instead of “cancelled visa” to Chinaforeignpolicy.com/articles/2012/…

One Response to “Former Ambassador To China Jon Huntsman Once Got The English-Teaching Laowai Treatment, Had Visa Cancelled [UPDATE]”