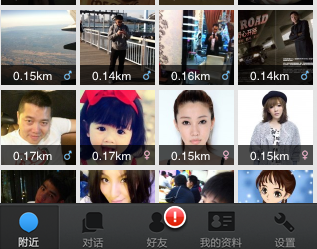 Beijing-based hookup app Momo and its 16 million users are about to get a bit less cool. Local nightlife blogger Jim Boyce, as he tells it on Beijing Boyce, has convinced the owner of Fubar to hold a Momo Party next Monday. No, really:

Last week, I found myself sitting next to a group of women in Fubar. They were rather demure until I asked if they knew anything about Momo / 陌陌. That did it: They got out their phones, showed their accounts and explained it to me.

That led to an idea with Kevin Zhang of Fubar to throw a Momo Party next Monday, November 5, with specials on Momojitos and more. Zhang also says he can help the linguistically challenged expatriate who wants to set up a Chinese-language account, although there is also now an English version.

This is simply too rich. Jim Boyce, proprietor of the wine consultancy Grape Wall of China, bon vivant, this guy – 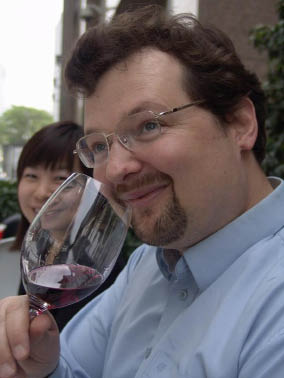 – is responsible for a Momo Party. What a perfect intersection of professional and hip, foreign and local, middle-aged and young, said nobody.

The big news surrounding the app, of course, is that it’s getting an English version. But why wait? Head on over to Fubar on Monday and learn how to do it like the Chinese do. One quick word of advice though: when you “toss the bottle” in Momo, you’re not fishing for the perfect wine. Unless wine is a metaphor for sex. In which case, totally.