Were you somewhere other than Hong Kong this weekend? You mean you weren’t watching the city’s first-ever soapbox derby, sponsored by Red Bull? You sad, sad fool.

The blog Hong Wrong says about 30,000 people turned out, and judging by the video, it was quite the spectacle. The Telegraph notes:

The teams were judged on creativity, showmanship and speed.

Food seemed to be a recurring theme, such as the ‘Hot Pot’ team, dressed as shrimp, bacon, and squid, although they admitted they spent more time on the decoration than the mechanical aspects.

There were 42 homemade vehicles, several of which you can check out in the pictures after the jump (more pics over at Hong Wrong). 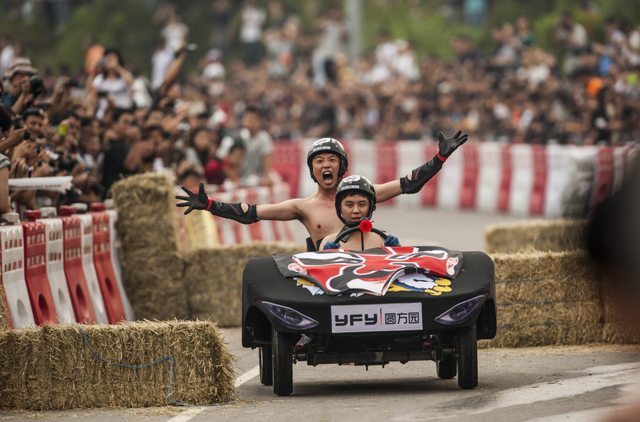 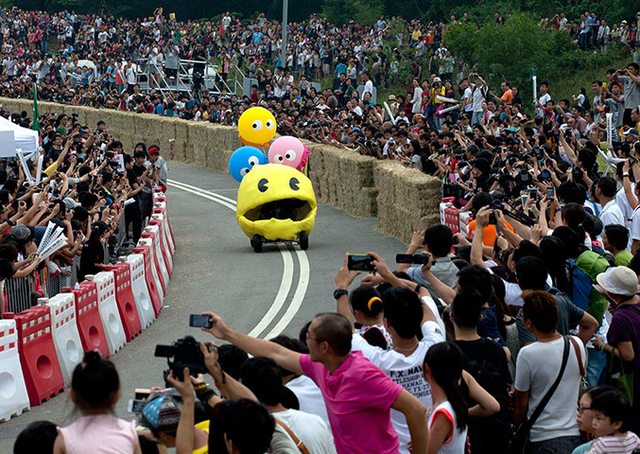 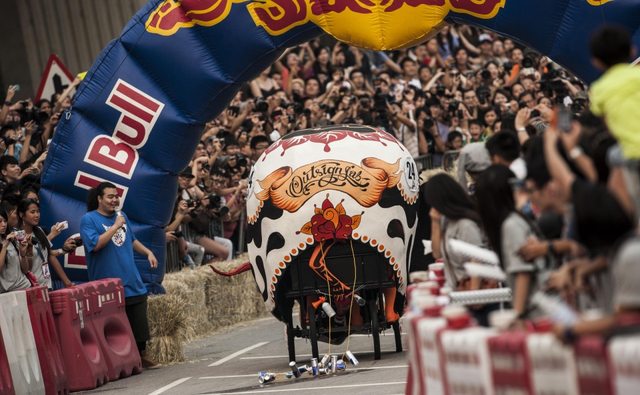 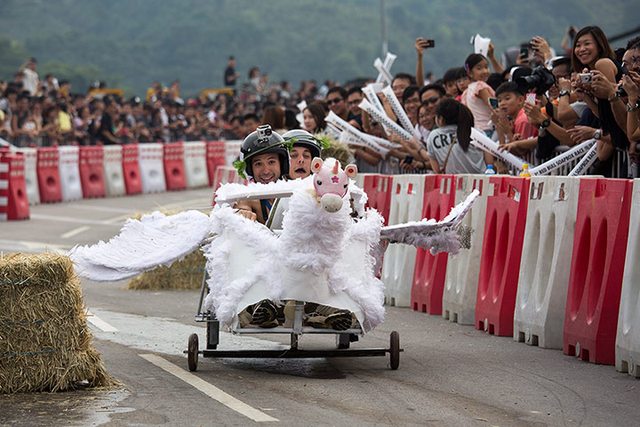 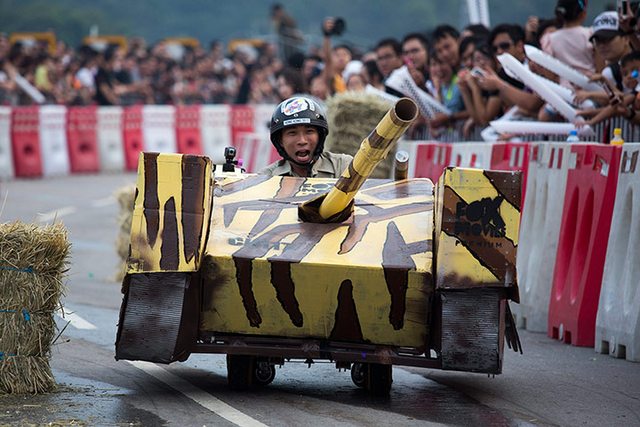 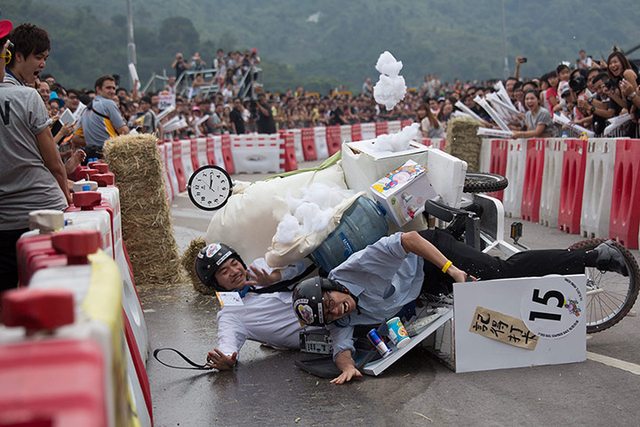 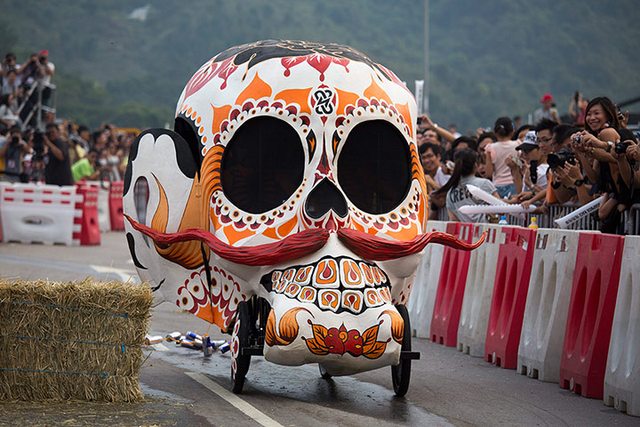