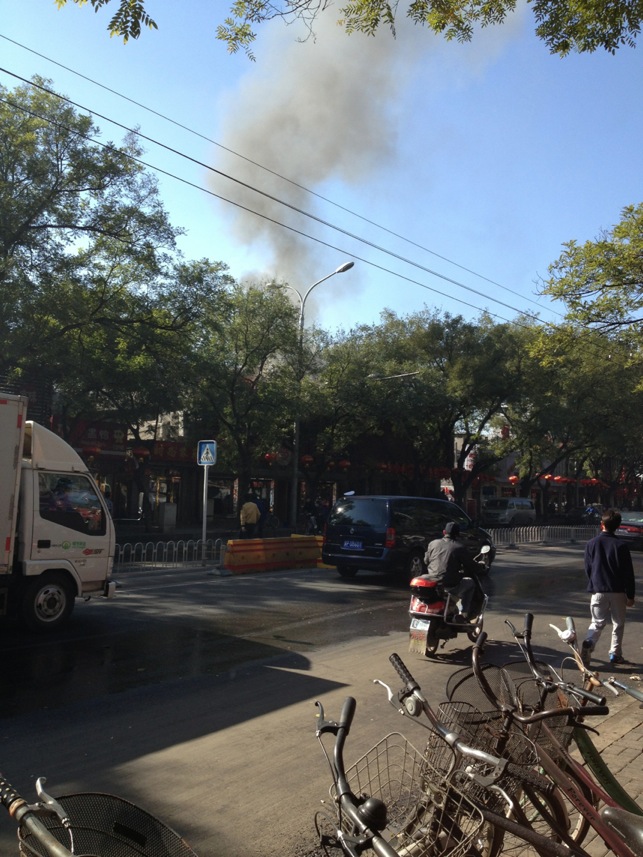 A fire has just been extinguished at Guijie, the stretch of hotpot restaurants on Dongzhimen Inner Street. BJC reader and lover of adventure Hannah was biking through the area around 11 am when she saw smoke and stopped across the street, “where all the neighboring restaurants’ waitstaff were taking pictures on their camera phones.” Hannah explains:

The fire had shot through the roof of a Taiwanese hotpot restaurant, name unknown save for the 享 which was the first character in the name. Presumably a kitchen fire? After ten minutes everyone started to panic about the possibility of a gas explosion, and one frenzied but kindly garbage picker drove his sanlunche [three-wheeled wagon] at me and told me to “fucking run!”

As I was biking away, I heard the firetrucks coming. The fire had been going on at least 20 minutes at that point.

The firetrucks are still there, but the fire has basically been extinguished. People are milling about, we’re told, and traffic lights have been jiggered to prevent cars from going down that narrow road, known for terrible traffic. Here are some more pictures (all via Hannah): 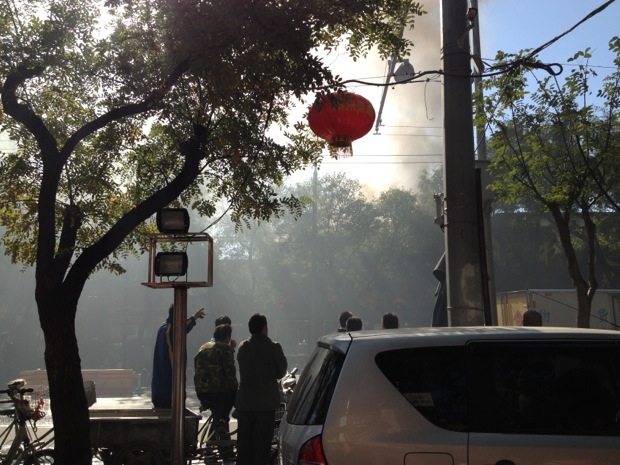 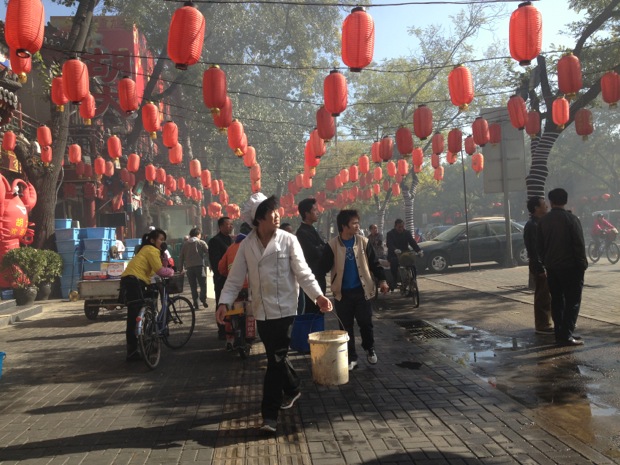 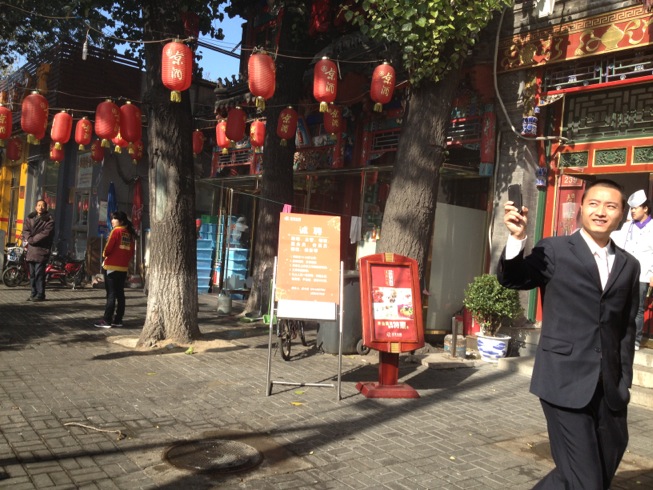 One Response to “Hotpot Restaurant On Guijie Catches Fire, People Flee For Their Lives”