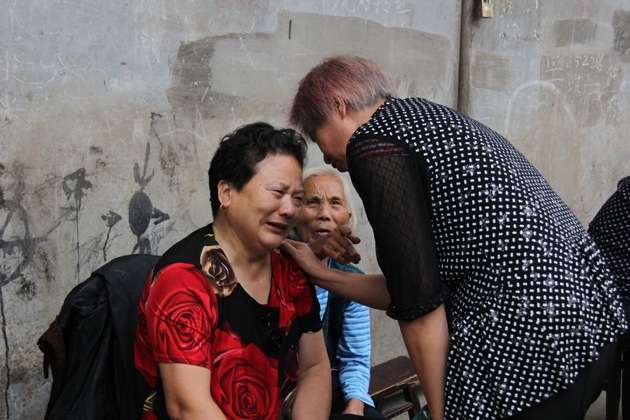 Your “Aw fucksticks” story of the day comes via Ministry of Tofu, which has translated an article published Friday by Shandgu (with images via NetEase):

Wang Zhongping, 60, was the chief director of the Bureau of Animal Husbandry and Fishery of the city of Loudi, Hunan province until two years ago when he stepped down from the post to take up a secondary job within the bureau. In April, he retired from the post. In January, he reported to the city’s Commission for Discipline Inspection, using his real name as opposed to anonymity adopted by most whistleblowers, that his successor, Huang Jianming, had pocketed several million dollars’ worth of public funds, resulting in a great loss of state-owned assets.

You can guess what happens next. It’s never pretty when powerful people in the Chinese hinterlands are crossed, especially by those who are a bit too brave for their own good. Read on:

In May, only a few months after Wang blew the whistle, he was investigated by the anti-graft commission for violating party disciplines. On August 23, Wang was subjected to a unique Chinese administrative procedure known as shuanggui, or “double regulation”, meaning that he had been held in custody by the commission at a time and a place both “regulated”, that is, designated by the Party for interrogation and would not be released until a decision is made on whether to press formal charges against them.

More than a month later, Wang hanged himself. Or did he? Police notified his family eight hours after his death, and when they showed up, they found multiple bruises along with strangulation marks. 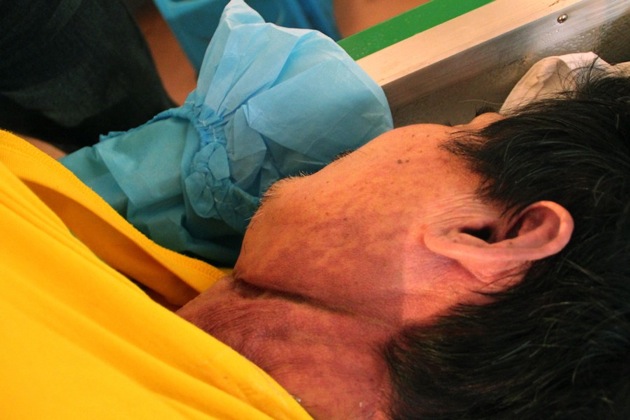 And then, because things are simply done differently out in the boonies, police tried to forcibly remove Wang’s body:

On the morning of September 27, more than a dozen people were dispatched from Loudi’s Discipline Inspection Commission to try to forcefully take Wang’s body away from the morgue for cremation, only to be met with strong opposition from all members of Wang’s family. By the evening of September 27, several local media had used the official press release, saying that Wang died by suicide.

There was extensive bruising on Wang’s arms and back. If he wasn’t strangled to death, he was at least tortured, or he slept on the most uncomfortable bed in the world.

A bitterly cynical @蓝蓝的海2824638007 adds: “Understand why Mao in those days insisted on cremation.”

“What a pity,” writes @村中糊涂仙. “The place is too small, doesn’t have a consulate. And he didn’t manage to get a green card before the incident, and so on.” Here, the netizen references Wang Lijun fleeing to the US Embassy in Chengdu. Wang, of course, is in prison after blowing the whistle on Bo Xilai and Gu Kailai – though very much alive.

No word on what will happen to Huang Jianming, the official accused of embezzling money. In a just world, he’d be forced to answer tough questions fielded by journalists regarding the circumstances surrounding Wang’s death. Is there justice in Loudi, Hunan province?