China’s love of basketball most wondrously expresses itself in the way fans welcome aging former stars from the NBA. You, basketball aficionado, might call Tracy McGrady an oft-injured and washed-up bench player, but here, they call him a megawatt superstar, Yao Ming’s former teammate, and now Qingdao’s most famous resident. He will be playing with the CBA’s Double Star Eagles this season, and there is hope, sweet hope.

And why not? McGrady would not be the first player to find, in China, a few more productive, possibly even stellar basketball years tacked on to the twilight of his career. And even if he doesn’t lead Qingdao to the playoffs, everyone will at least have memories of yesterday: thousands of fans swarming him at the airport, chanting “T-Mac” as if he were the greatest thing to hit Shandong province since German beer.

How insane. To think, his Chinese beer commercial wasn’t even very good. Youku video for those in China after the jump. 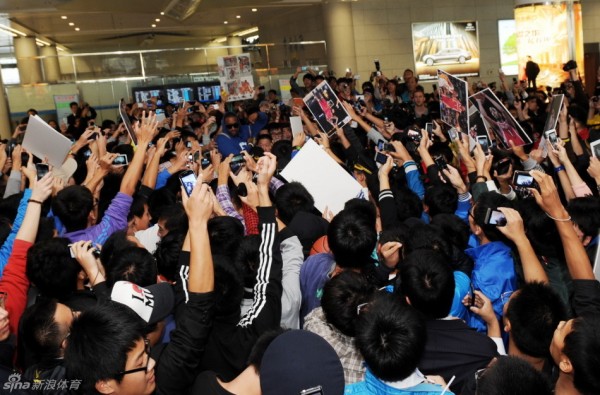 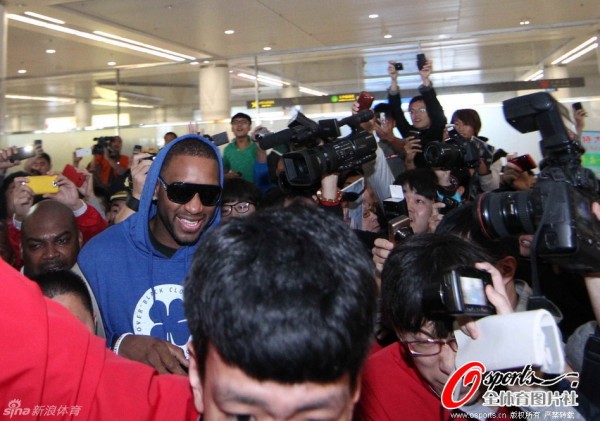