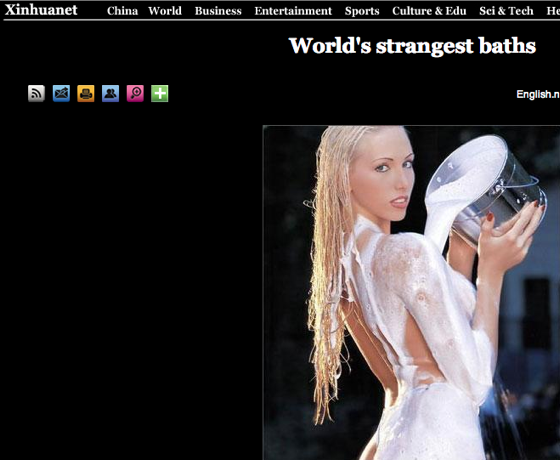 Xinhua! What are you doing???

XINHUA? ARE YOU EVEN LISTENING???

*Slaps Xinhua across the cheek, then again with a backhand, so that three ovals of spittle, each smaller than the oval preceding it, flies out of Xinhua’s mouth, first one direction and then the other*

*More violent shaking and slapping, furious and fast, so that the two acts blend together and spittle flies not just left and right but also up and down, as if from Xinhua’s hair, as its body grows frail under the weight of the other’s grip*

Two new Xinhua slideshows were posted today, as sent along by Alicia, titled “Holiday life of college students” and “World’s strangest baths.” The editor is listed as Yamei Wang for both, and that man, we can conclude, has the zaniest sense of humor on staff. I’m imagining a 49-year-old who doesn’t walk but scoots around, mutters to himself in English, and is prone to maniacal chuckles. Check out some of his editorial choices, which one could file under, “Just another day in the Xinhua office”: 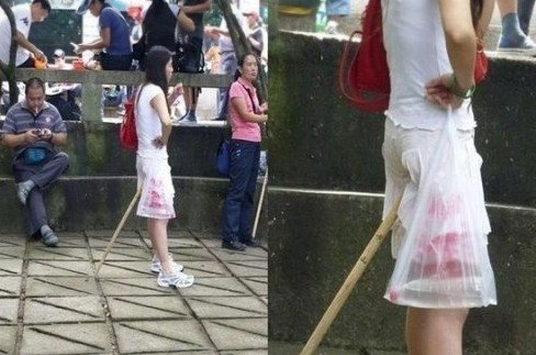 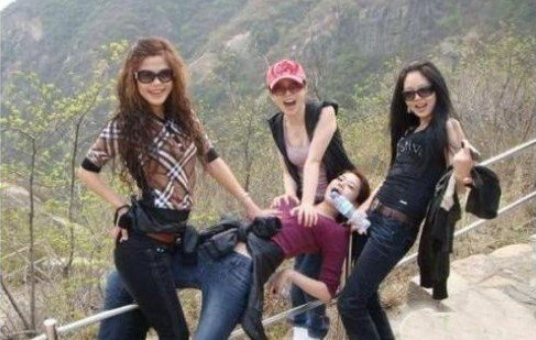 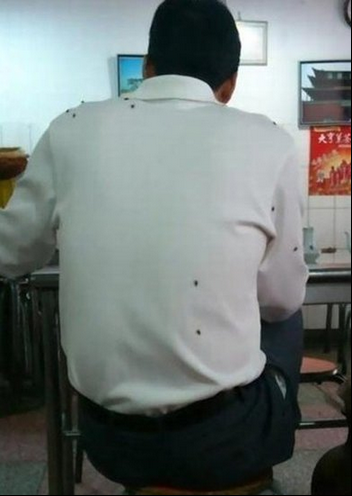 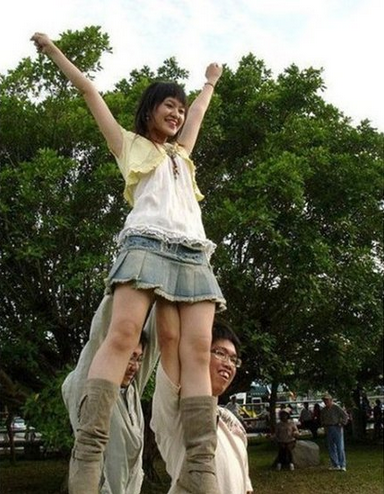 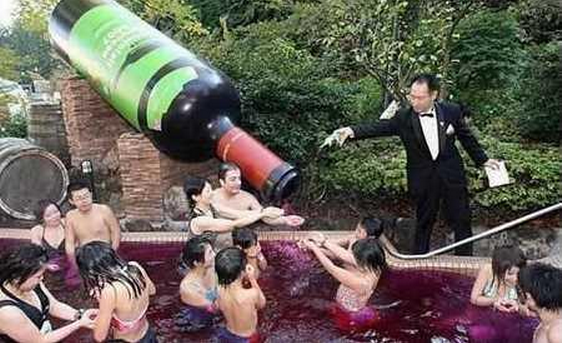 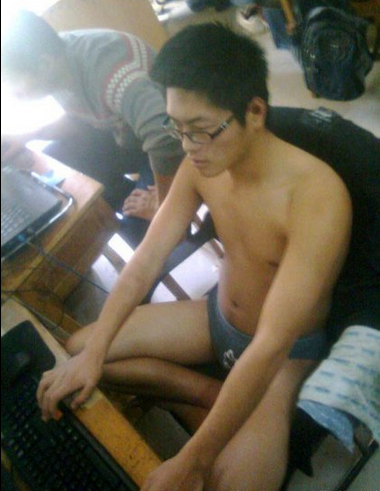 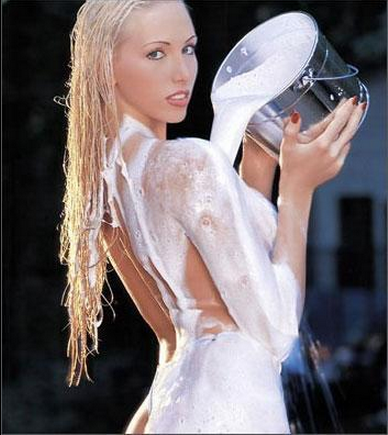 One Response to “Whoever Xinhua Slideshow Editor Yamei Wang Is, We Want To Meet Him Or Her”