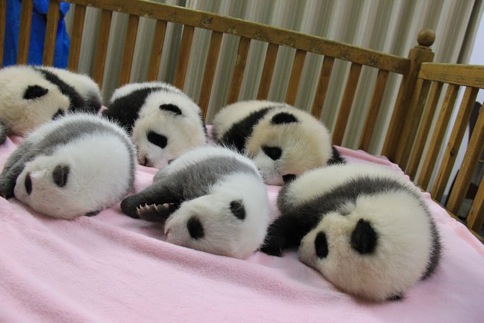 We’ve just switched servers, and as you may have noticed, many of our posts have been randomly disappearing as a result. This is normal — however annoying. But we’re going to step out of the way and let the DNS properly propagate. By this time tomorrow, hopefully all the problems will be solved. In the meantime, did you know heat is coming on tomorrow? And other links.

Because you care: “Beijing government will provide heating to residents from midnight Saturday, which is around one week earlier than in previous years, the Beijing Municipal Commission of City Administration and Environment announced on its website Tuesday.” [Global Times]

Cats rescued. Awww. “These pictures show the disturbing moment a truck crammed with 500 cats was stopped during a routine check – as it made its way to restaurants across China. // The neglected and hungry cats were piled together in cages as the truck seemingly made its way to food outlets to sell the pets as meat. // Luckily, the animals, some of which had been cruelly stuffed in bags, were rescued thanks to vehicle checks in Xuzhou, in the eastern province of Jiangsu.” [Daily Mail]

China losing its professionals. “As China’s Communist Party prepares a momentous leadership change in early November, it is losing skilled professionals like Ms. Chen in record numbers. In 2010, the last year for which complete statistics are available, 508,000 Chinese left for the 34 developed countries that make up the Organization for Economic Cooperation and Development. That is a 45 percent increase over 2000.” [Ian Johnson, NY Times]

Real-name registration again, this time with feeling! “In a report on its own site, Sina claims the system finally supports legit real name verification for overseas users. While it’s possible that different systems have been implemented in different countries, we found that in the US, Sina Weibo was willing to register a new user whose real name was listed as ‘Tech in Asia’ and whose passport number was ’123456789.’ Sina’s verification system also failed for already registered overseas users; refusing to accept my actual name but being totally willing to accept that I was Zhuge Liang and that my passport number was (again) 123456789. So we’re thinking that Sina still isn’t taking overseas registration all that seriously.” [Charlie Custer, Tech in Asia]

Are these close analysts foreigners? Because if so, they’re not close enough. “China’s imminent leadership transition is descending into ‘chaos,’ say some close analysts, amid rolling scandals and new signs of factional infighting. // As leaders converge on Beijing for a fortnight of crucial meetings centred around the 18th congress of the Chinese Communist Party, which begins on November 8, party insiders say fresh infighting has erupted over rising star Li Yuanchao.” [Sydney Morning Herald]

End of the one-child policy? “China should consider adjusting its family planning policy, as structural problems have overtaken excessive growth as the most significant population-related problem, a government think tank said Friday.” [Xinhua]

Corollary: “‘Raising children isn’t easy and I don’t think I’ll have enough money for two children… if I have two, my quality of life would be worse,’ Liu said. // Hers is a dilemma confronting many Chinese: even if the government repeals the unpopular policy in order to address an approaching demographic time bomb, there are serious questions about whether Chinese families would even be willing to have more than one child in today’s economic and social climate.” [MSNBC]

Busting gambling is like busting drugs, which is like killing cockroaches. This is still a lot of money though. “Shanghai police have busted an illegal Internet gambling ring that handled more than 70 billion yuan ($11.2 billion) in wagers since January, an Internet crimes investigator said at a press conference Thursday. // It was the biggest online gambling operation that police in China have ever busted. Police arrested more than 50 suspects, confiscated more than 3 million yuan in cash and froze 10 million yuan of clients’ money in July, following a three-month investigation into the operation, said Qu Weifang, chief engineer of the Shanghai Cyber Police, a division that focuses on Internet crime.” [Global Times]

Foreign journalists in Ningbo. “Foreign journalists have become heroes, not only by covering the protests but for subduing the police by their sheer presence; one protester warned ‘after you leave, they will start beating people up.’” [China Digital Times]

What I want: slideshow of Chinese people holding placards for their new leaders. [BBC] 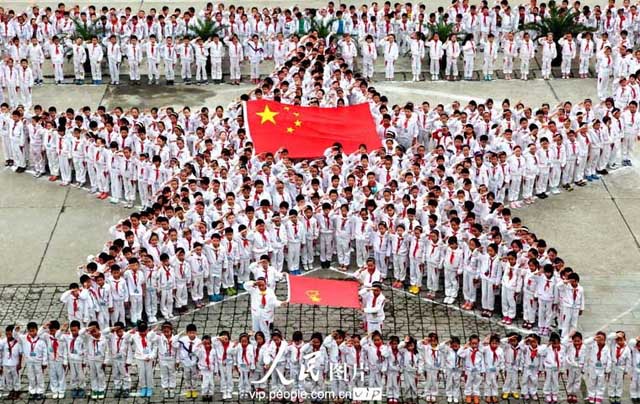 One Response to “Friday Links: Gearing up for the National Congress, Michael Jackson flashmob in Dalian, and hundreds of cats saved from slaughter”