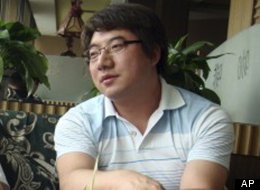 Zhai Xiaobing, the financial worker who was arrested on November 7 for tweeting under his @stariver Twitter account that the National Congress would be beset by calamity a la Final Destination the movie, is still in jail.

To recap: a man — not even an activist — is in jail for tweeting — that’s behind the Great Firewall — a joke culled from a terrible Hollywood movie.

If you’re as flabbergasted as the rest of us, there’s a petition currently circulating that you might consider, drafted by “Bei Feng (Wen Yunchao), Hong Kong, media professional” on November 17.

Petition the Public Security Bureau of Beijing to Free Zhai Xiaobin On November 7th, 2012, the day before China’s new leadership transition began, Chinese Twitter user @Stariver was taken away from his home in Miyun, a northern suburban county of Beijing, by state security police for a tweet he had sent on November 5th. @Stariver ‘s family has since received notification of him being “criminally detained” for “spreading false and terrible information.” He is currently held in the detention center of Miyun County. His family has not been able to see him since the 7th, nor has his lawyer.

#SpoilerTweet #Enter-at-your-own-peril “Final Destination 6” has arrived. In which the Great Hall of the People collapses all of a sudden. All 2,000+ people meeting there died except for 7 of them. But afterwards, the seven die one after another in bizarre ways. Is it a game of God, or the wrath of Death? How will 18, the mysterious number, unlock the gate of Hell? Premieres globally on November the 8th to bring you an earthshaking experience!

Since his detention, friends of @Stariver in Twitter’s Chinese community has identified him as Zhai Xiaobin (翟小兵) . Zhai Xiaobin was born in 1976 and studied ancient Chinese literature in the Chinese Department of Peking University. He was once a journalist but now works in financial sector. He is also an amateur martial art coach.

Legal professionals point out that “spreading false and terrible information,” of which Zhai Xiaobin was accused, refers to “making up terrible information about bombing, biochemical, or radioactive threat that causes serious disruption of social order” (Article 291, Criminal Law of PRC), but Zhai Xiaobin’s tweet makes it clear that it’s fictional and would in no way cause public panic and disruption of social order, and accusation against Zhai Xiaobin based on this tweet is absurd.

We hereby petition the Public Security Bureau in Beijing to respect China’s own law, refrain from persecuting citizens for exercising their lawful right of free expression. There has been tremendous good will towards the new leadership in China, and it is not wise to destroy it in front of the world. We ask for immediate, unconditional release of Zhai Xiaobin.

Again, the petition is here (behind the Great Firewall because it’s powered by Google Docs). 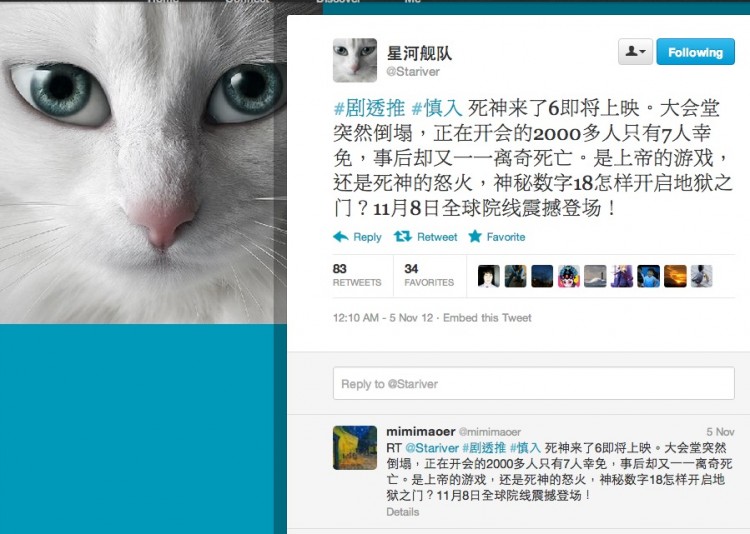 Here’s Wall Street Journal’s excellent summary of events. Yaxue Cao of Seeing Red in China has a good post about Zhai, while China Digital Times collected and translated some of his tweets.

2 Responses to “Here’s A Petition To Free Zhai Xiaobing, Arrested For His Infamous “Final Destination” Tweet”