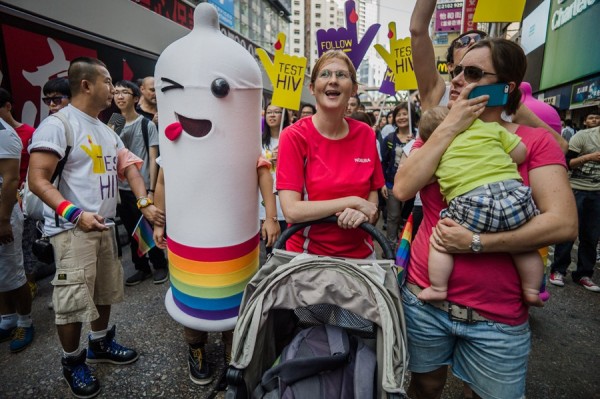 On Saturday, a record 4,000 people took part in an LGBT rights parade in Hong Kong themed “Dare to Love.” The above image — and several others after the jump — is via NetEase. A few videos are embedded after the jump as well, while chinaSMACK has a round-up of mainland Chinese reactions to the big event.

Meanwhile, Gay Star News has details of the march:

During the march, pro-gay rights lawmaker Gary Fan stood out easily in his pilot uniform. People impersonating judges, chefs, nurses, soldiers and so on were also widely seen, along with numerous real-life bankers from sponsors Barclays, Goldman Sachs and Nomura.

Participants criticizing a relative lack of scantily-clad guys as seen in many other Prides would later be compensated with a dance show featuring two Mr Gay Hong Kongs among its performers.

Drag queens, from as far away as Italy and Australia, wowed the crowd effortlessly on the same stage where an HIV positive, a newly-married lesbian and two gays with hearing disabilities were given a chance to speak out their inner thoughts to loved ones.

But singer Denise Ho’s surprise move out of the closet was beyond doubt the Pride’s highlight.Legislator Cyd Ho, who has for years been a forerunner in the fight for LGBT rights protection, came onstage in tears after the announcement. 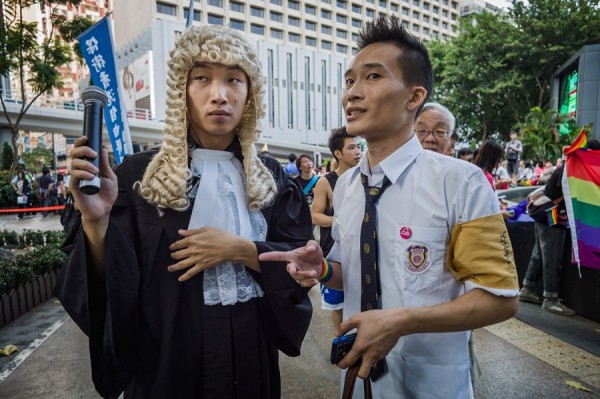 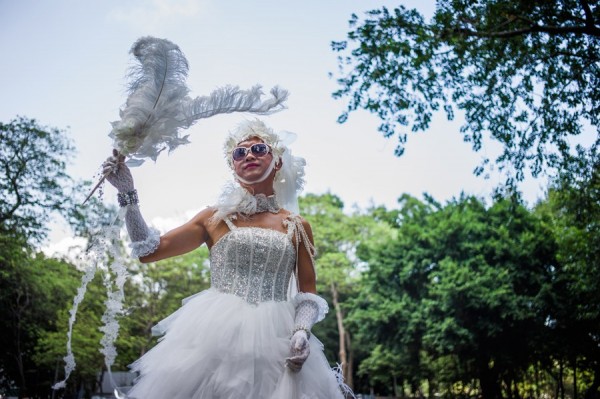 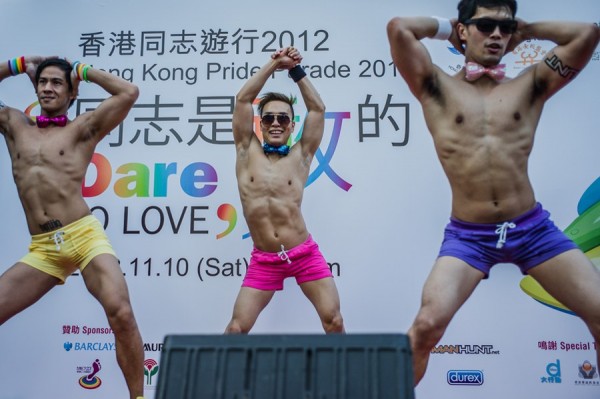 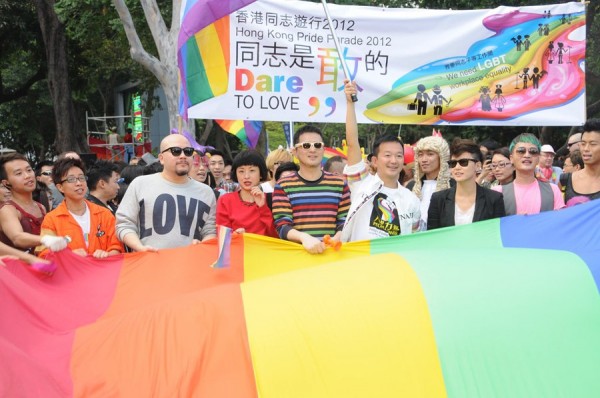 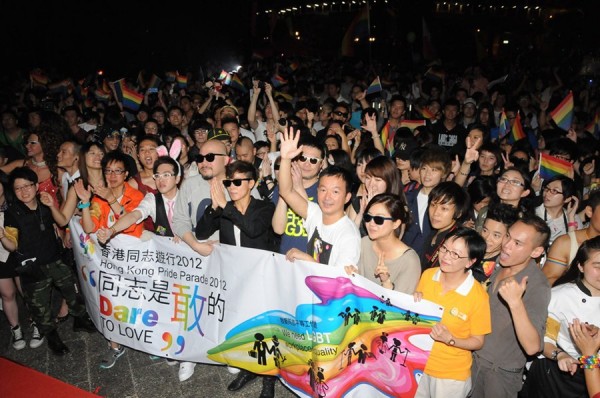 Youku versions of the above: