This year’s Beijing Marathon had its share of hiccups. During registration, Japanese runners were initially barred, leading people to call for the race to lose its “Gold Label” accreditation from the International Association of Athletics Federations. Then, just this week, anxiety loomed over air quality, which hovered between “very unhealthy” and “hazardous.”

But when the race started, it was all about the runners, who looked like they had a great time despite the sub-freezing temperatures. Videos of the marathon have flooded Youku today, but I’ve pulled the five I thought were the most interesting to make the above compilation (on Youku after the jump for those in China; note: I might have missed something; let me know if so). One runner wore a Spider-Man outfit. One girl decided to get all weird on us. Others took photos with their children. And of course there was Gangnam Style. All told, it was a well-organized race, and no one nearly died like in Guangzhou last weekend.

If there was just one drawback, it’s that the air, according to the US Embassy, was “very hazardous” around 8 am, when the race began:

Speaking of winning, Ethiopia’s Tariku Jufar Robi won the men’s race in 2:09:39, and China’s Jia Chaofeng took the gold in the women’s competition in 2:27:40. 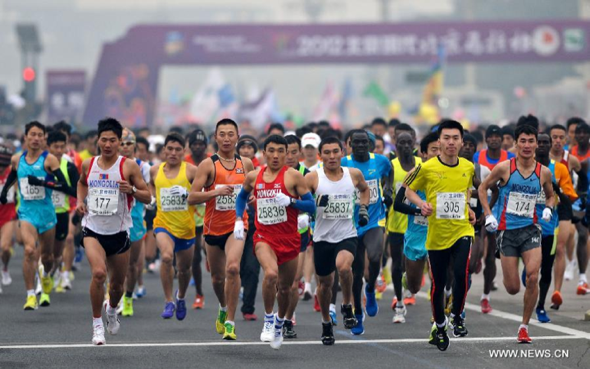 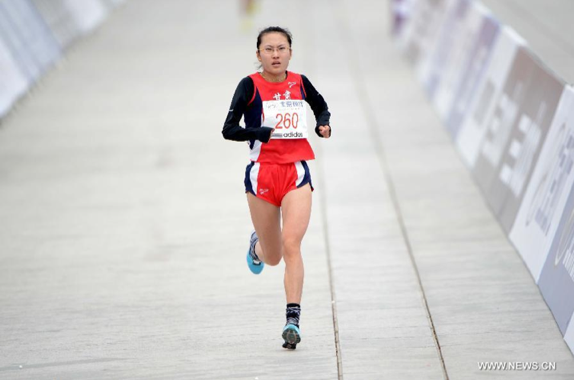 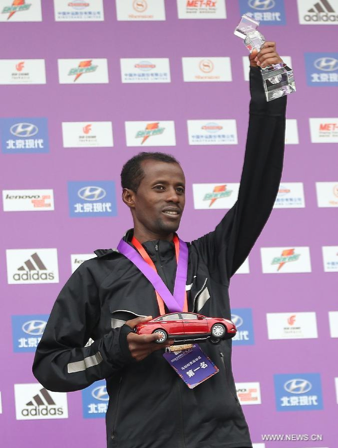