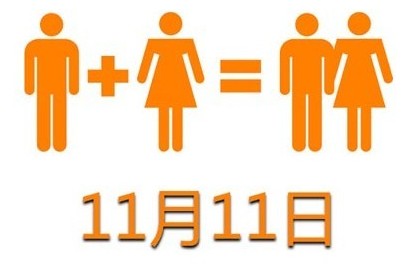 The latest Global Times column penned by an expat under a Chinese pseudonym is all about how to find a mate in the ‘Jing. (Ed’s note: Credit where it’s due if it’s actually a young Chinese writer, per comment; Yin Lu, you have our apologies.) It features lines such as, “If you see a beautiful girl wandering down the aisle of book shelves, ask her what she thinks of Mo Yan,” and “Men, dress to kill, spend to impress, and beware of stealth prostitutes.” Zingers include, “For years, the easiest place on planet Earth to pick up a student has been the basement bunker at Propaganda, particularly if you are a Korean or a person who loves them.”

“You can find a domestic girl in the cookbook section,” notes writer “Yin Lu.” Also: “Nothing says ‘I am a cool person into arts’ better than a picture of yourself in 798 posted on Weibo.”

And to think, the article — “Don’t be a loser on Singles’ Day” — starts so normal:

November 11 has over the last two decades become celebrated as Singles’ Day in China, because the number 11 reminds Chinese people of two barren, lonely sticks.

Are you still a pathetic single digit, incomplete and still not blessed with the unparalleled joy and sense of completion that being in a relationship brings?

Oh. Well then. Do continue.

This weekend, take the initiative, get out of your apartment and make one last struggle to make a family with your barren stick.

Snicker if you want.

It will be easier than normal, because no one wants to attend a mirthless dinner party with all their loser single friends, or attend a single’s night full of unappetizing leftovers.

Here is where to look:

Candy is dandy but…

The classic yet most practical method of picking up girls is taking them home after getting them drunk to the point that it can be an excuse the next day.

But that’s terrible, right? You would never encourage us to do that, right?

Sanlitun and neighboring Gongti is probably the most important nightlife scene in Beijing, and certainly the one that requires the least imagination. No need for a pretext. A smile or some aggressive booty grinding is all it takes to get things started if the chemistry is there.

OK, right. It’s a terrible place full of scuzzballs and scumbags. We get that. But…

Avoid Sanlitun Bar Street, which is full of con artists and thugs, and dangerous for foreigners,

and go to the back street, between the Sanlitun North and South Villages, which is more welcoming, although not without violent incidents.

But hey, you came out to take a risk, right?

We eagerly await the 11/12 follow-up, “Shotgun wedding and a lifetime of regret.”

3 Responses to “Want To Get Laid In Beijing? Here’s Some Weekend Advice From Global Times”