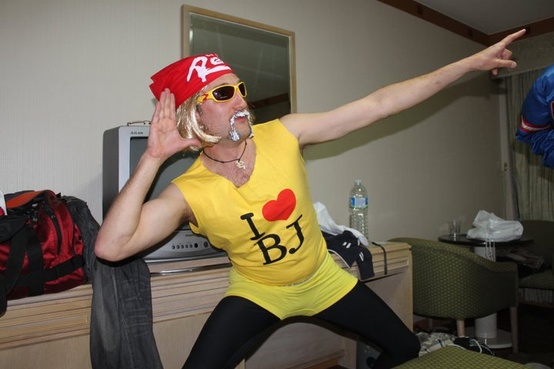 It’s this last personality whom our friend, Kevin Reitz, dressed up as. (Disclosure: this picture was taken nearly two years ago, and it wasn’t during Halloween; however, it should have been, and more importantly, it can be, forever.) And look who just re-pinned our picture on Pinterest:

Impact Wrestling, the No. 2 wrestling organization in North America, randomly came upon our Pinterest image of Kevin as Hulk Hogan and decided it was good enough to feature on their Pinterest page devoted to a company that employs the real Hulk Hogan. That makes Kevin a winner in our book.

Think you can do better? The contest isn’t over yet. Email us your best costumes from this year.