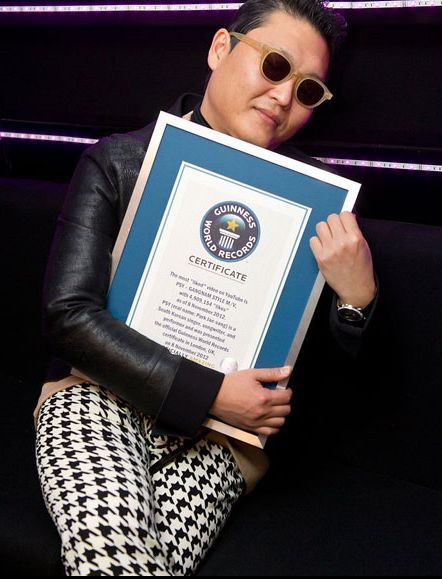 PSY’s “Gangnam Style” will almost certainly be the first YouTube video to reach 1 billion views. Just think about that for a second. One billion. How in the world did we let ourselves believe, just last year, that Justin Bieber was a big deal?

We’re a bit late on this story, because PSY actually got his certificate on Thursday in the UK, but Xinhua just got around to writing about it, so here we are.

Gangnam has 705 million views and 5 million likes, numbers that are increasing as I type, since July 15. As far as I know, only this kid hates it:

2 Responses to “With More Than 5 Million Likes On YouTube, PSY Gets Guinness Certificate”