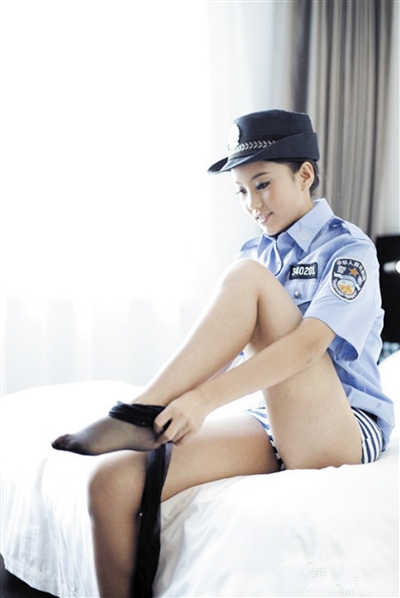 On July 2, Sina Weibo user @馨儿徽安 posted three eye-catching photos of herself to her microblog, in which she wore a police outfit while engaged in various attractive poses. Nothing at all is wrong with this, in case you’re wondering. Images that are deemed too lurid are simply deleted by one of Sina Weibo’s thousand censors, and no one suffers. But where @馨儿徽安 erred was in writing that she was a real policewoman, with real policewoman problems. As translated by May Daily:

I am under great pressure working as a police officer in my hometown. I have to attend dinner parties with government leaders all day long. ‘Police Beauty’ is simply a nickname.

Actually, what set off the alarms was probably the phrase government leaders. Suddenly, she became a bit too popular, and attracted the attention of, well, the real police.

Despite admitting on July 3, just one day after her “deception” began, that she was in fact a 23-year-old professional model and not a cop, and that she was just trolling for followers, police cracked down on her white lie, and a court issued punitive punishment. She was sentenced to nine months in jail.

On Monday, Fengtai Court in Beijing reduced the sentence to one-year probation thanks to her “good behavior.”

Authorities have, in the past months, renewed emphasis on cracking down on rumors, particularly those that start from microblogs. But we’re guessing that Wang’s only fault was exposing — inadvertently — a truth: that government leaders are wined and dined by pretty young women, sometimes all day. And who wouldn’t bet that some of these women are models who moonlight as ladies from any number of professions, police included? Wang ruffled some feathers, and that’s why she now has to pay. In China, you can be as brash, sexy, and offensive as you want — you just can’t offend the wrong people.

People believe this was the first time someone had been convicted for pretending to be a police officer.

She claimed she was paid 3,000 yuan (HK$3,700) to take the photos for an advertisement and had posted them on her Weibo account to attract more followers.

The Court of First Instance in Beijing’s Fengtai District found Wang guilty of false impersonation as a policewoman and sentenced her to nine months in prison, suspended for a year. 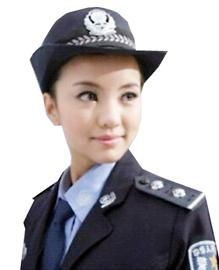 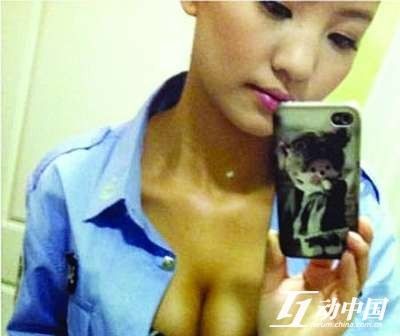 6 Responses to “Young Sexy Model Convicted For Impersonating A Cop Online (Or Revealing An Uncomfortable Truth?)”