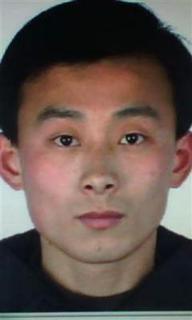 Chen Kegui, nephew of blind lawyer Chen Guangcheng, was sentenced to 39 months in jail for his role in fighting back hired thugs and local officials who had broken into his home on April 27. The man slashed three officials — out of a group of about 20 of the most spineless, chicken-livered, piss-poor excuses of human beings — who had, among other things, upset Chen’s feverish six-year-old child, and for that he was charged with “intentional homicide” (later brought down because even in bizarro Shandong province, it’s difficult to prosecute someone for homicide when no one fucking died). In some countries, it’s a man’s civic duty to bust up the snot-crusted lip of porcine bastards who break into one’s house. In this country, that man will spend more than three years in jail. We’ll just get this out of the way now: the verdict is horseshit, and makes China look like the flies that feast on said shit.

As I’ve written before, justice seems like a quaint notion in Linyi, a village of cretins and cowards — save for, of course, Chen Guangcheng, who escaped house arrest, and his brother, Chen Guangfu, who also escaped house arrest. Meanwhile, Guangfu’s son, Kegui, is the only person left to take the fall, and goddam if those vindictive Linyi fuckers aren’t going to make sure of it. You’ll note that Kegui was:

1. Denied his choice of laywer;

2. Denied communication with the outside world for the last six months;

3. Denied a trial that lasted more than a few hours;

As you can expect, the people closest to Kegui haven’t taken well to the verdict. Via the above Reuters link:

“This verdict is absolutely unjust. His behavior was completely reasonable self defense. When it came out (the verdict), I lost hope in the law,” Chen Guangfu told Reuters by telephone.

Ding Xikui, the family-appointed lawyer for Chen Kegui who has been unable to see his client or review the case materials, told Reuters he had only heard the trial was set to open hours beforehand when he was contacted by Chen Guangcheng in New York.

“After being entrusted as a lawyer by the family I have not been allowed to meet (Chen). This is terribly troublesome. This is illegal,” he said.

Illegal, huh? You think China is a country with rule of law?

Another activist and friend, Hu Jia, said on his Twitter account that Chen Kegui was found guilty and sentenced to 39 months in prison for the assault last April, which family members described as self-defense.

Hu, interviewed by telephone, said he spoke with a Chen relative allowed inside the courtroom in Linyi city, in eastern Shandong province.  The relative told him that Chen Kegui said he would not appeal, and that he would pay compensation to the official who was most badly injured in the melee.  Hu said he found Chen’s statements, if accurate, remarkable, and said they might indicate that Chen felt like “a hostage” to the local Shandong officials.

“What Chen Kegui said in court is so surprising,” Hu said.  “I don’t think a normal person would say he wouldn’t appeal. He must be brainwashed or be under big pressure.”

This country has come a long way in a short time, and it’s learning, slowly but surely, how to be mature, reasonable, and responsible. If this verdict is allowed to stand (it will be, because that’s how Chinese courts work), everyone — and I mean everyone — will have yet another reason to believe why China is none of those things — not mature, not reasonable, not responsible. You want to be a leader on the world stage, PRC? You want the spoils that go to a superpower, including expanded coastlines and a voice in war-torn areas? Practice some common sense back home. Chen Kegui’s sentence is a sham and a shame, the result of a petty grudge against a blind man whose worst crime against China in the last six months has been to look good in an American magazine.

Until now, of course: Chen Guangcheng, after this verdict, can be said to have embarrassed China. Because this country will be haunted by its punishment of Chen Kegui on Guangcheng’s behalf. Powers that be will find some way to blame the blind lawyer, or any number of his friends, for what they perceive as subversion and actions harmful to the state, when in fact they should look in the mirror to find the rot that threatens to destroy the good graces of this country.