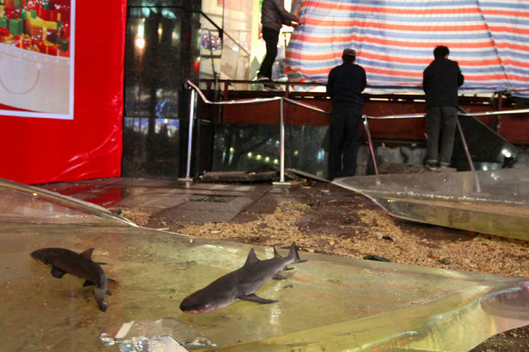 The sharks were not on the loose for long: sharks need water to survive, et cetera. But yesterday evening, at least a dozen or two passersby on Nanjing Road’s pedestrian street near Orient Shopping Center must have gotten a scare when the glass of a fish tank — sorry, shark tank — suddenly burst. Caijing reports that 15 people suffered minor injuries, while three sharks — small ones, alas, posing a mortal danger only to smaller fish — died.

UPDATE, 8:42 pm: More info via Shanghai Daily, we find out from Chen Yongping, shopping center management official, that the aquarium builders were terrible. The acrylic glass was only 15 centimeters thick, if that means anything to anyone; the aquarium was 33.5 tons, 7 meters long and 3 meters high.

The aquarium was a popular attraction when it opened before the National Day holiday two years ago, with sharks, turtles and other sea creatures.

This June, two sharks in the aquarium died after a water pipe broke. Four turtles were shifted out of the aquarium after the June incident, said the local fishing management administration.

“We will not build an aquarium again in the future,” said Chen. 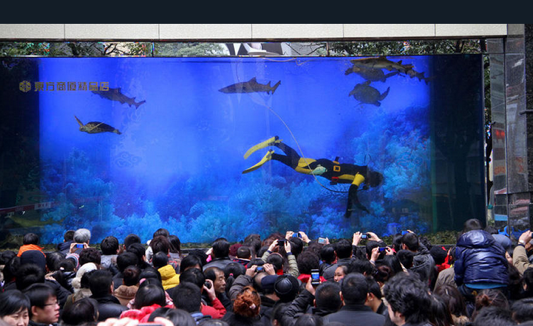 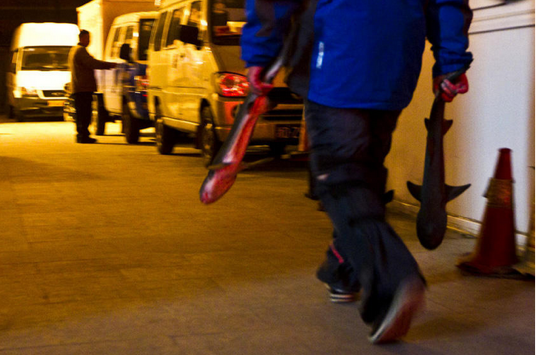 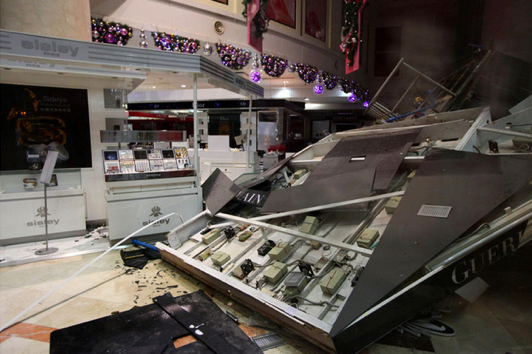 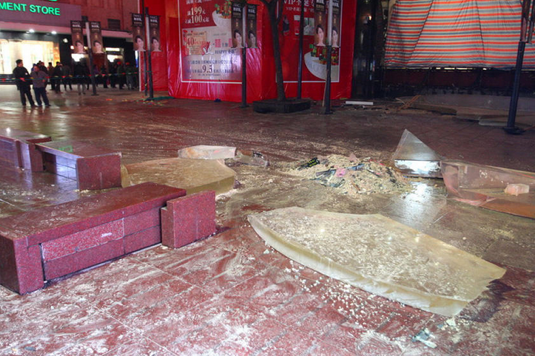