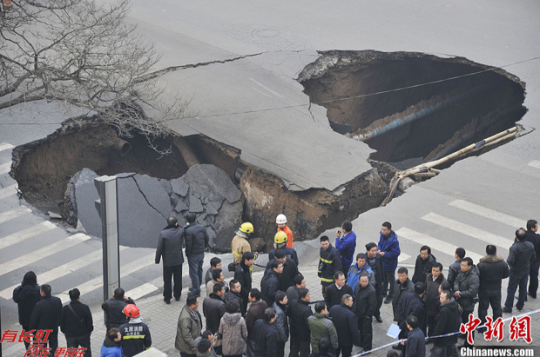 Today in Taiyuan, Shanxi province, a big hole appeared on the intersection of Bingzhou Road and Bingzhou East Road, leaving an impression of two gigantic buttcheeks. Assphalt, if you will.

The potholes are seven to eight meters in diameter. Folks from the highway, fire, transportation, and gas departments were all called to the scene. Gas and water pipes both run beneath the road, and they’ve been turned off — too bad for the buildings nearby that, you know, need gas and water.

Still, I feel like the standard by which we should judge these road collapses remains whether someone was boiled alive. If not, it’s really could have been worse. 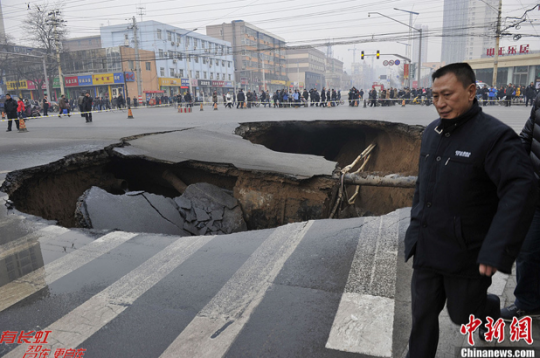 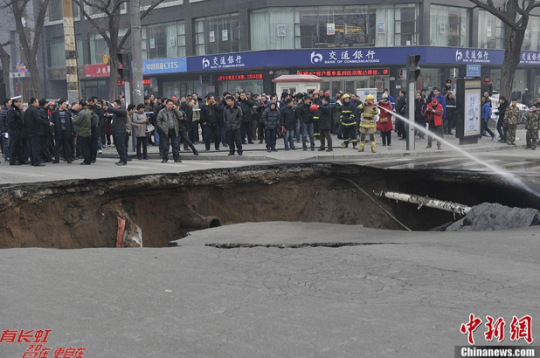 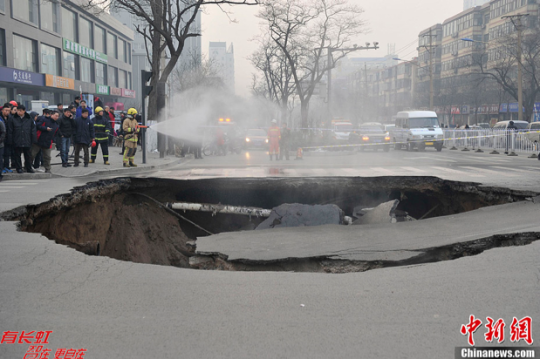 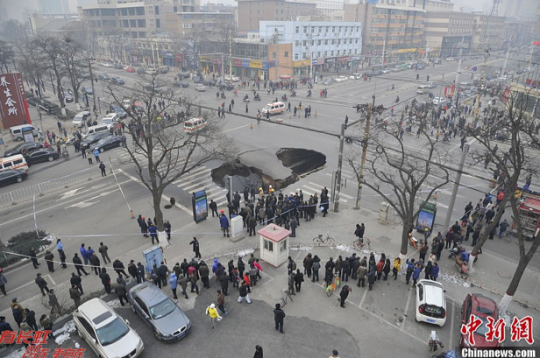