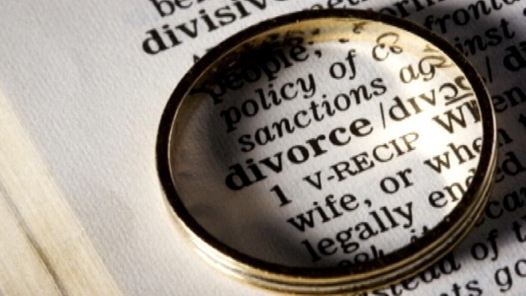 In a definitive victory for concrete over abstract — chocolate over Beethoven, shelter over esteem, sex over art — hundreds of couples in Da’ao village in Guiyang, Guizhou province have chosen to end their marriages in favor of cold, hard, seeable, touchable, and, ultimately, valuable property.

They’re doing this because of an August 28 regulation on rural housing that limits new property to 240 square meters per household if it’s built on collective land. Explains Global Times:

Floor space exceeding this will not be recognized by the authorities as owned by the household, affecting compensation in cases of land expropriation – one of the most sensitive issues in rural China, where spiraling land prices have often resulted in local governments seizing land for development.

“After divorce, one family becomes two and the housing size permitted by the authorities is also doubled,” Xie [Qingtong, a 58-year-old farmer,] said. “We just followed the torrent of divorces.”

The newspaper also stated that couples left the halls cheerfully after they were issued with the dark green divorce certificate.

With hundreds of people waiting in line at a hall that can only hold dozens, windows for other marriage services were switched to handling divorces.

When filling in a form that requires couples to state why they divorced, many ticked boxes with reasons such as having nothing in common, frequently quarreling or loss of affection, the newspaper said.

This isn’t the first time we’ve seen couples chuck aside marriage — which, if we’re being honest, is just a certificate — in favor of actual benefits. In May, there was a story about parents who divorced so they could send their kids to public kindergarten.

Bureaucracy is hard. It is the endless laying of plans that gan agley. One wonders about the character of the mice and men who bother with said plans in the first place.

And oh by the way, that housing law? It might be illegitimate.

All the experts reached by the Global Times expressed sympathy for the farmers.

The 240-square-meter standard is much lower than the size of many farmers’ houses in the country, Liu Weiwei, a researcher with the Shanghai-based E-house China R&D Institute, told the Global Times.

Wang Zhenyu, a lawyer with the Beijing Impact Law Firm, told the Global Times that the regulation is illegitimate and the local government had no right to put it in place.

“The terms deprive citizens of their property and limiting their rights to own property. This kind of regulation can only be made by the National People’s Congress and its standing committee,” said Wang, adding that the residents’ divorces could destroy their families and may have a bad influence on their children.