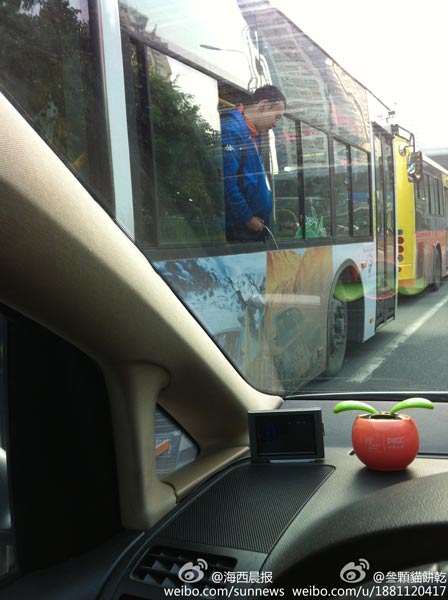 The alternative is peeing your pants, of course.

We’ve seen this before, by the way.

It has now been revealed that ‘pee-brother’ is in fact Xiaolong, an autistic 14-year old who can play grade 10 piano.

His parents were understandably mortified by their son’s public notoriety but said that due to his severe autism he himself does not fully comprehend his mother’s tears over the incident, nor the fact that she now accompanies him on the bus wherever he goes.

Xiaolong is a self-taught piano player described as a ‘genius’ by his school music teacher. He is also a gifted composer and is superb at mental arithmetic and memorisation.

One Response to “Man Pees Out Bus Window, Because It Beats The Alternative [UPDATE]”