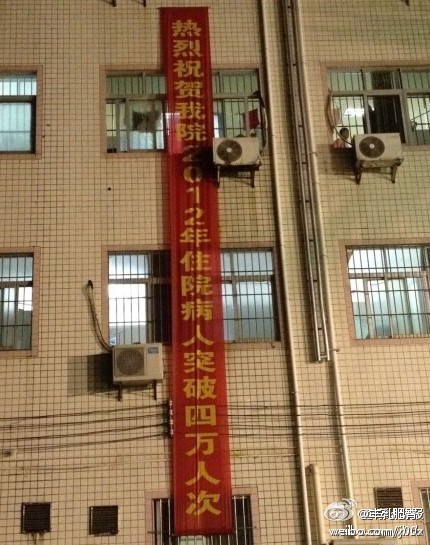 If you haven’t already, a reminder to register your trivia team for the Beijinger’s annual Super Quiz this Sunday. I’ll be one of the question presenters, so we’ll be talking more about this soon. For now, links.

The story China correspondents are raving about: “According to current and former officials, party elites, and others, the exposure helped tip the balance of difficult negotiations, hastening Mr. Hu’s decline; spurring the ascent of China’s new leader, Xi Jinping; and playing into the hands of Mr. Jiang, whose associates dominate the new seven-man leadership at the expense of candidates from Mr. Hu’s clique.” [Jonathan Ansfeld, NY Times]

The house-cleaning has begun? “The official, Li Chuncheng, 56, did not attend an important provincial Communist Party gathering on Tuesday and has not been seen in public since Nov. 19, the official Xinhua news agency said, without saying whether he had been detained. Although not on a career track that would be likely to take him to the highest echelons of the Chinese government, he was named at the party congress as one of 171 alternate members of the Central Committee; there are 205 full members.” [NY Times]

Speaking out against domestic violence. “Xiong Jin , a 24-year-old web editor with a graduate degree in gender studies, was one person taking part in the campaign. She signed an online petition, expected to garner 10,000 signatures, that would be sent to the National People’s Congress to call for action. As part of the battle, she posted pictures of herself naked online to challenge misconceptions about what it means to be a victim.” [SCMP]

Red song concert cancelled. “Authorities in the Chinese capital have canceled a concert of Mao era revolutionary songs, likely due to their tainted association with fallen political star Bo Xilai, netizens and political commentators said on Tuesday. // Dozens of choirs were to have converged on Beijing for the mass performance on Dec. 1, which was to have been dedicated to the country’s new leadership announced last month during the 18th National Congress for the ruling Chinese Communist Party.” [Radio Free Asia]

Question: “What’s the difference between a self-immolator and a suicide bomber?” “One similarity I can think of is that neither are what you’d call an easily renewable resource. As their numbers increase, so does the likelihood that the means used to procure their sacrifice become slightly less than voluntary; intense moral pressure, outright indoctrination and so on.” [Blood and Treasure]

Of course. “A group of 134 Nobel laureates including the Dalai Lama and author Toni Morrison have written to Chinese Communist Party chief and president-in-waiting Xi Jinping urging that he release detained Peace Prize winner Liu Xiaobo and his wife.” [Reuters]

Of course. “Blind Chinese activist Chen Guangcheng said the jailing of his nephew last week was on trumped up charges which ignored clear evidence that he had acted in self-defense after men armed with sticks forced their way into his home and beat him.” [Reuters]

Linsanity, the documentary, will be shown at Sundance. “Jeremy Lin came from a humble background to make an unbelievable run in the NBA. State high school champion, all-Ivy League at Harvard, undrafted by the NBA and unwanted there: his story started long before he landed on Broadway.” [Sundance]

Shaquille O’Neal: “‘I am a fan of Chinese culture, and Chinese New Year is one of my favorite festivals,’ O’Neal said. ‘I believe fans from all over the world will be cheering for the Chinese festival during the celebration.’” [China Daily]

Cleaning up Chongqing. “In the past two weeks, authorities in Chongqing released a village official who had been sent to a labor camp for criticizing Bo. A lawyer disbarred after being convicted of having one of his clients lie in court has filed a petition for wrongful imprisonment. Meanwhile, a newspaper reported that hundreds of police officers who had been dismissed, demoted or otherwise punished were being quietly reinstated.” [AP]

House of Poo is a real restaurant, and here it’s reviewed. [Josh Ong, the Beijinger]