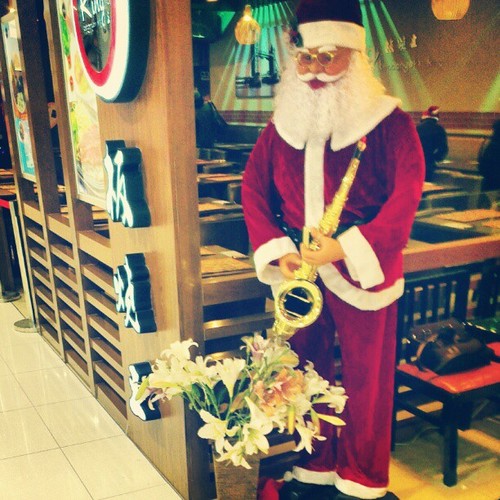 Creepy Santa in Shanghai, via This Is A Typo

No trickle-down prosperity. “…Says angel investor and philanthropist Charles Xue, and in fact, at least 681 of China’s 2,800 counties are bogged down in grinding poverty. To expose this stark contrast, Xue has come up with an ingenious and cost-effective public awareness campaign via social media platform Sina Weibo, China’s most popular microblogging service. // ‘I ask you all to upload to Sina Weibo photos of government offices in these poverty-stricken counties alongside photos of local schools and farmers’ houses. We want to know how our taxpayer money is being used for poverty alleviation. Let’s see how many photos we can get up! Join together to support! Forward this! Upload!’” (SCMP)

Building collapes, woman killed. “Rescue workers reach survivor stuck in collapsed building for 22 hours. // A 24-year-old woman trapped for more than 22 hours in the rubble of a residential building that collapsed was saved on Monday. // But her roommate, a 21-year-old woman, was killed after the building fell down on Sunday in Ningbo city in East China’s Zhejiang province. Residents had earlier been told to evacuate the building after large cracks appeared.” (China Daily)

Bye, Yahoo music. “Yahoo China has announced that it will shut down its Chinese music service due to an adjustment of its product strategy on January 20, 2013. // A statement posted on the company’s music search portal reads: // ‘Thank you all for your continued support of Yahoo’s products. As part of an adjustment to our product strategy, we have decided to stop providing the Yahoo [China] Music service starting January 20, 2013.’” (The Next Web)

First Anelka, now Drogba? “Drogba signed a two-and-a-half year deal reportedly worth around $300,000 (£185,000) per week in June, but the Shanghai-based Oriental Sports Daily said last week the 34-year-old striker was owed wages in the wake of a long-running equity row at the club.” (The Guardian)

Wang Yue driver’s prison sentence reduced. “Last year, the case of Wang Yue, the toddler who was run over twice and left for dead by 19 pedestrians caused much soul searching about the apathy of the Chinese public. // Now the first driver to hit her, Hu Jun, has had his jail sentence reduced by a year to 2 and a half years on appeal, according to Southern Metropolis Daily. The accident happened on Oct. 13 and Hu carried on with his life for 3 days, he maintains that he didn’t see the girl and only found out about the incident when he saw it in the news. He turned himself in.” (The Nanfang)

South China fugitive blows up cop. “A policeman was killed after a suspect set off explosives while being chased by police in south China’s Guangdong Province on Sunday afternoon, local authorities announced on Monday.” (Xinhua)

This might be taken the wrong way. “A local official’s image has been printed on anti-counterfeit labels for fireworks and firecrackers in Lixin county, Anhui Province, the Hefei-based Xin’an Evening News reported. // …A fireworks and firecrackers vendor in the county said that these labels first appeared at the beginning of this year. “It’s rare. I have never seen an official’s image printed on labels before.” Some locals have found it a bit strange to see a person’s image printed on the explosives.” (Global Times)

China loves building dams. “It’s a scenario that is hardly unique. China’s giant state enterprises and banks have completed, are working on or are proposing some 300 dams from Algeria to Myanmar. // Poor countries contend the dams are crucial to bringing electricity to tens of millions who live without it and boosting living standards. Environmental activists and other opponents counter that China, the world’s No. 1 dam builder, is willing and able to go where most Western companies, the World Bank and others won’t tread anymore because of environmental, social, political or financing concerns.” (AP)

Photography of Guangzhou, via r/china:

Pictures of Wuhan’s anti-terrorism drill prior to subway opening. (China News via QQ)

Interview with Dong Young, author of The Party Line: How the Media Dictates Public Opinion in China. (Shanghaiist)

A travelogue post in which there’s a picture of a panda on a tree. (Riot, Riot!)

“Created in China” – on hackerspaces. (Interactions)

The tale of a foreigner trying to get into China on an expired visa. (Dave Seminara, Gadling) 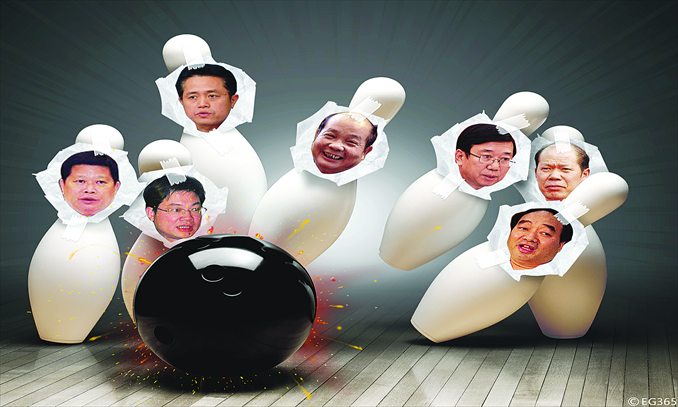 One Response to “Mid-Week Links: Yahoo shuts down its China music service, Drogba may be out of Shanghai as well, and Kim Jong-un’s wife is pregnant?”