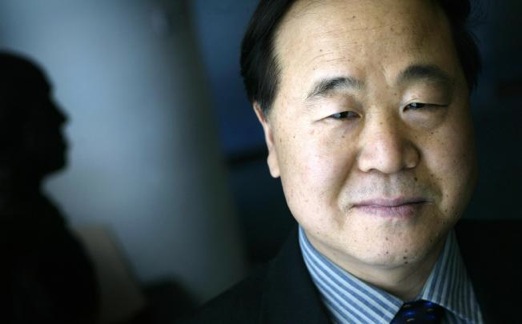 Richard Burger of The Peking Duck has rightly directed our attention to A.E. Clark’s recent essay on Mo Yan, “Mo Yan’s Middle Finger,” in which Clark analyzes the three stories Mo told in his Nobel lecture on December 7.

You’ll remember that the stories — obviously fables — came toward the end of Mo’s speech, called “Storytellers.” “Forget about everything else for one second,” I wrote at the time, “if you’re a fan of stories, just scroll down to the very end and read the three stories that finish the speech.”

The first, about fake crying, addresses Liu Xiaobo, according to Clark:

Apologists for the Communist Party of China often say that foreigners’ purported concern for human rights is a pretext for China-bashing. To put it personally: Mo Yan doesn’t care what happens to people like Liu Xiaobo, and he doesn’t believe you care either. To him, the clamor for rights is humbug and bullying like what he witnessed under Mao, and he asserts his right to stand aloof from it.

The second story contains obvious allusions to Liu as well — there’s an empty chair in Mo’s tale, after all – though Clark resists reading too much into it:

He wants to transcend a grievance, yet on this topic he has nothing but the grievance to express. One can recognize the classical rhetorical device of praeteritio, albeit in a specifically adolescent form: You didn’t notice my haircut, but I’m too mature to let that bother me. Let’s not even talk about how you forgot my birthday; I’m above that kind of thing.

Finally we get to the third story, probably the most important. Clark again:

In a speech where the first-person-singular pronoun appears more than three hundred times, when a lone figure appears in a parable one may guess that the storyteller is referring to himself. That, plus the manifest emphasis on the moralism of the bricklayers who cast him out, suggests an interpretation. The storm represents social stress and human suffering, perhaps specifically such as the Chinese people have endured in modern times. The temple stands for a moralistic and illusionary system of values in which many take refuge. The bricklayers are writers and artists. The outcast is Mo Yan, whose mind has departed from the constricting framework of moralistic thinking and who on that account is condemned by some. The other bricklayers are his contemporaries in the arts who seek to hold him accountable for imperfections in Chinese society and would reject him as unworthy. The ostracism has not actually happened (and in the case of a Nobel prizewinner it is a bit of a stretch even to imagine it) but Mo Yan may feel it is the goal toward which the attacks on him are tending. He is saying to those who have called him a sellout or a tool of the regime and would place him beyond the pale: “Fine, cast me out. I’m finished with your values. Don’t preach to me about the writer’s moral responsibility. Your morality is flawed and it will bring ruin upon you if you persist in it. I am, luckily, a pragmatist, and pragmatism has served me well.”

Clark notes that “sometimes what we’ve got is a conflict of core interests or a clash of mutually exclusive values, which no amount of communication will resolve.” We have to believe that Mo Yan recognizes this, and perhaps that’s why he chooses, sometimes, to say nothing.