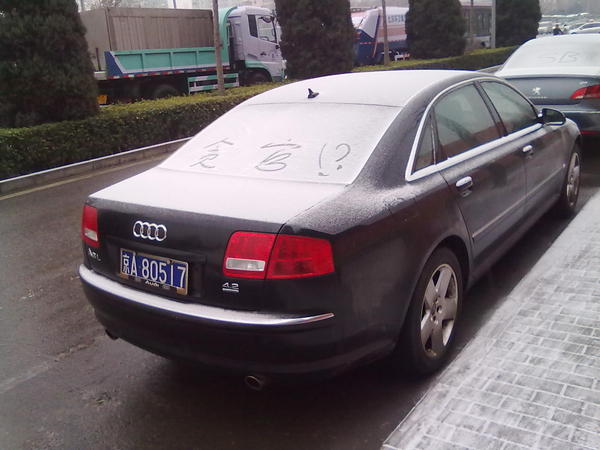 “Corrupt official!?” reads the characters on this Audi.

This was found near the Huixin Xijie Nankou subway stop (where Lines 5 and 10 intersect). I should note it was one in a line of about eight cars all with stuff written on them — mostly anti-Japan slogans or gratuitous curses.

(Ed’s note: the Peugeot in front has “SB” drawn on its back window — “stupid cunt.”)