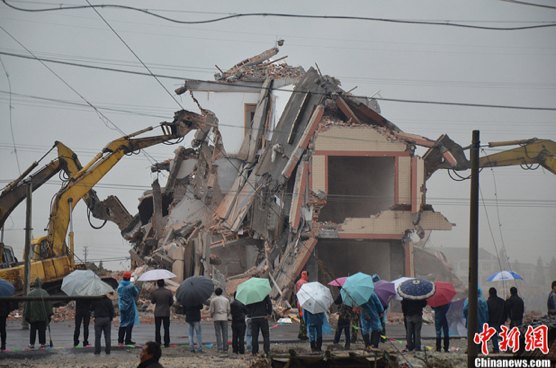 Show’s over, folks. The “Most Awesome Nail House” in Wenlin, Zhejiang province — a three-story residence standing in the middle of a highway near a railway station — has been demolished after the owner, 67-year-old Luo Baogen, signed an agreement with property developers. “Well, I am willing to relocate,” Luo said. The terms of the relocation agreement haven’t been disclosed.

And so it is, another one bites the dust. With all the national and international media attention the Most Awesome Nail House had received the place probably could have become a tourist attraction, or at the least, a restaurant. But nope — dust, as of this morning. Soon it will be paved over, and forgotten.

Luo, 67, and his wife moved away from the lone house before dawn to the relocation site, assisted by relatives.

According to the demolition agreement, the government will offer 260,000 yuan (41,782 U.S. dollars) and an area of ground for a new house.

…”It was never a final solution for us to live in a lone house in the middle of the road. After the government’s explanations, I finally decided to move,” said Luo.

Village chief Chen said Luo was tired of all the media attention and voluntarily consented to the deal. “Luo Baogen received dozens of people from the media every day and his house stands in the center of the road. So he decided to demolish the house,” Chen said.

Authorities commonly pressure residents to agree to make way for development with sometimes extreme measures, such as cutting off utilities or moving in to demolish when residents are out for the day. In Luo’s case, however, he had told local reporters last week his electricity and water were still flowing. 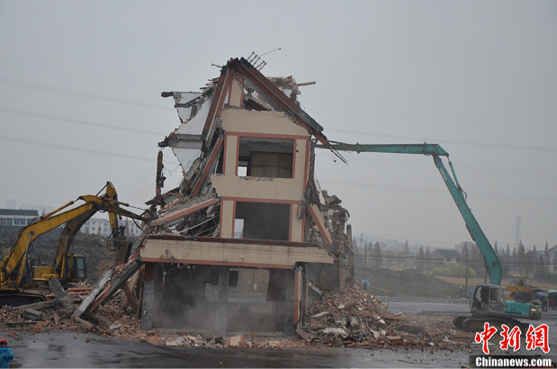 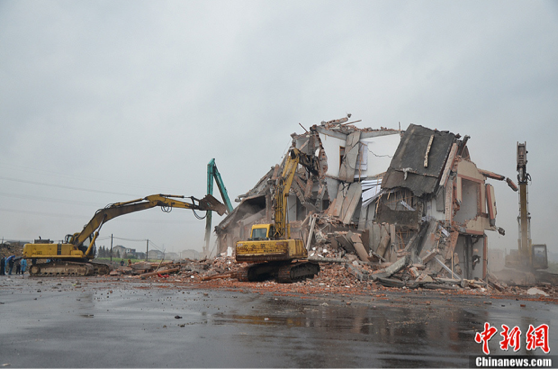