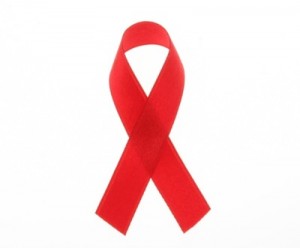 In China, the prevalence of HIV/AIDs is a mere 0.1 percent, yet almost every article on the subject will mention “pockets of high infection” among subsets. What they’re talking about is Henan province, where tens, maybe hundreds of thousands (some say up to a million) of people, mostly peasants, were infected in the 1990s through state-sanctioned blood transfusion programs in which unsterilized needles were routinely reused.

The country has acknowledged the epidemic. But you’ll excuse the Central Politburo if it hasn’t exactly tackled the problem head-on, for it’s a reminder of institutional failing at almost every level. A generation of activists have rosen to the occasion, only to be pressed back down. So what do people do? Forget and move on?

More than 100 HIV/Aids patients from Henan, where future premier Li Keqiang held senior government or Communist Party posts for six years, took to the streets of Beijing yesterday, calling on the party’s new leadership to meet their demands for more attention and better care.

With red ribbons pinned to their overcoats to mark tomorrow’s World Aids Day, they sang the national anthem as they marched down the city centre’s Wangfujing Road and then on towards the Ministry of Civil Affairs, watched by police all the way.

The petitioners have tried to have their appeals heard by various government agencies for years without success, but their hope has been renewed by the party’s leadership transition and recent remarks by Li. He has been hailed by the mainland media for showing concern and reaching out to the HIV/Aids community after an HIV patient in Tianjin was denied medical care.

One of the petitioners said he wanted 100,000 yuan in compensation plus 1,000 yuan per month. He shouldn’t hold out hope.

But Aids activist Hu Jia said the Aids community should not pin too much hope on Li because “it was only a show” and it was under Li’s rule that the province responded to the country’s largest HIV/Aids epidemic with a crackdown on Aids activists and victims.

Whenever mistakes are made here, authorities’ first response is to try to forget, under the theory that mistakes will always be made in the name of progress, so why linger? It’s utilitarian to the extreme, and almost admirable, but it only works as a governing philosophy if the people are convinced to feel the same way.

Obviously some do not. Some, who were infected by a deadly virus through a government-sponsored program, want a subsidy to live out their days, a token restitution. Too much to ask? Too inconvenient a reminder, more likely.

One Response to “Today, On World AIDS Day, A Reminder That China Still Has Issues [UPDATE]”