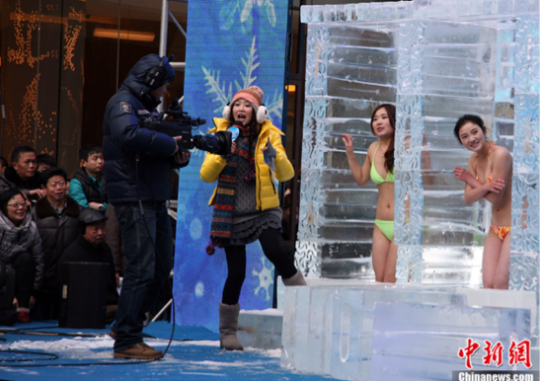 Stan Abrams does not believe in the veracity of the slave labor letter. “Someone went to the trouble to write it in poor English, but of course it doesn’t sound like standard Chinglish. The author bothered to misspell every other word, but apparently thought that not only do inmates of Chinese labor camps know how to write in English, but they also use words like ‘occasionally’ and ‘persecution’ and know how to use commas properly. Even with the included mistakes, it’s still better written than what you’d get out of most Americans with a high school education.” (China Hearsay)

Minibus accident, 10 killed. “Chinese state media say an overloaded minibus has fallen into a ravine, killing five children and five adults in southern China’s Guangxi region. // The official Xinhua News Agency says the nine-seat bus was carrying 20 people when it went off a mountain road and plunged into the ravine on Friday. The other 10 passengers were hospitalized with injuries, including a 3-month-old infant in critical condition.” (AP)

Doesn’t look good. “It was Friday evening in Beijing and along Haidian Dong San Jie, an ambulance could be seen hurtling down the street – the vehicle’s blue and red lights flashing and sirens wailing. // The ambulance from the Beijing Emergency Medical Centre in Haidian was not rushing a sick or injured patient to the hospital, however. In fact, it was not carrying any patients at all. // The ambulance crew was heading back from dinner at a nearby noodle restaurant. Onboard were other hospital staff, all dressed in their white medical coats.” (SCMP)

On coffee. “This remote southwestern city near the borders of Laos and Myanmar is named after one of China’s most famous teas, grown on mountain terraces painstakingly carved out of the region’s rich red soil. // But in recent years, pu’er tea has surrendered prime real estate for a more lucrative brew: coffee. Chinese farmers have taken to the new crop, which thrives in high-altitude areas of Yunnan province and commands up to three times as much money as tea.” (LA Times)

On drugs, Africa. “On Thursday (Dec. 27, 2012) China made the somewhat unusual move of responding directly to my series about bad drugs from Asia endangering African lives, defending its drug quality and export controls and saying for what could be the first time publicly that it is not exporting bad drugs to Africa.” (Kathleen McLaughlin, The Pulitzer Center)

Awwww. “Childhood puppy love often fades like a summer haze, but that wasn’t the case for Sarah Ho and Wilson Ng. // Fashion print designer Sarah, 28, and accountant Wilson, 29, tied the knot on October 20 at The Repulse Bay after meeting as young children. // ‘Our mums were best friends and when they met, all the kids used to play together,’ Sarah said. ‘I remember clearly that Wilson was my partner for this silly game we used to play. When his family left for America, I refused to partner up with any other boys. In fact, I stopped playing that game for good.’ // Although they didn’t see each other for more than 20 years, Sarah never forgot her first love. ‘When we reunited, he looked exactly the way I had imagined and had a smile that almost made me pass out,’ she said.” (SCMP)

On North Korea women. “Welcome to the Orwellian world of work in North Korea. In this reclusive country, profound social change is happening beyond the view of the outside world. The demands of politics have dramatically redrawn gender roles, forcing women to become the breadwinners.” (Louisa Lim, NPR)

“Be it praise or slander, China takes everything in its stride and as calm as the still waters that run deep.” (People’s Daily via Eric Fish)

“Drive-by” cyber attack from China on the Council on Foreign Relations? (The Washington Free Beacon)

Marcus Williams feeling at home in the CBA. (Global Times)

Via Shanghaiist: “The top floors of an office block in central Shanghai collapsed in the early hours of Sunday morning.” 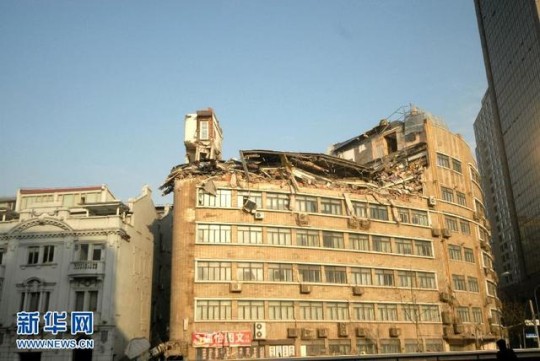