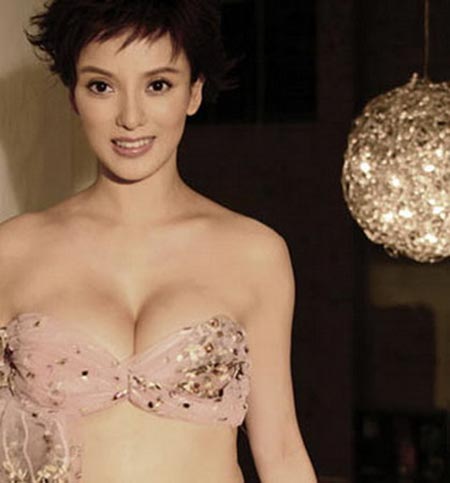 Search “actress Diana Pang” on Google, and right under the hit for her Wikipedia page, you’ll find images such as the above, along with… 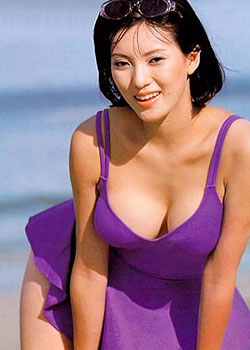 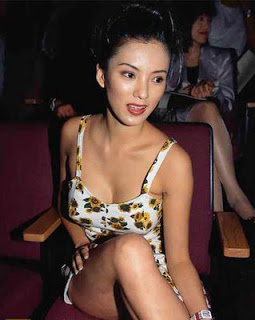 WSJ’s Josh Chin has the write-up:

The 40 year old, famous for her full figure, chose to partake in [a local meeting of the Chinese People’s Political Consultative Congress (CPPCC), a legislative advisory body, in the western Chinese province of Gansu this week] because she was interested in doing more work in the province, according to a report appearing on the website of the state-run China News Service (in Chinese).

“I hope I can do a little investment in Gansu, and shoot more film and TV programs featuring Gansu – especially mainstream programs,” the report quoted Ms. Pang as saying.

Pang (“Pang Dan” on the mainland) was born in Changsha, Hunan province, educated at Juilliard, and winner of Miss China USA. According to Wikipedia, she never appeared fully nude on screen, though my Google searches have certainly turned up pictures of her exposed breasts. She appeared in “Category III” Hong Kong films, intended for audiences 18 and over.

We wish Ms. Pang all the best in her new endeavors.

Here she is giving an interview: