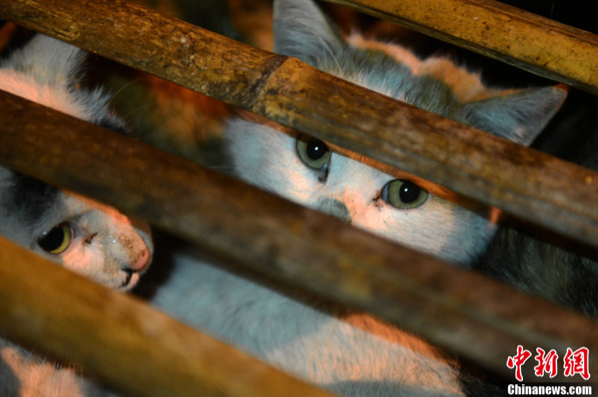 Not every kitten in this story survives, so just go ahead and click away now if you don’t want to read about it.

Amid tragedy, however, we also have a tale of human compassion in the form of a spontaneous, group effort to rescue all that could be rescued.

Yesterday, a truck carrying more than 40 crates of kittens (we’re talking hundreds), possibly on its way to Guangzhou, got into an accident at the intersection of Panpan Road and Changxing Road in Changsha, Hunan province.

The cats remained trapped in their boxes. According to China News, it began to drizzle that night, and some of the animals, who had been without food for more than a day, died. At least two newborns also perished.

But this horrific scene — imagine the yawping; if you’ve ever seen a cat in pain, you know exactly — set the stage for a heartening display of charity. Local residents who heard the news began arriving in the middle of the night with food and mineral water. Then, after repeated requests and negotiations, residents pooled together thousands of yuan to buy the shipment — all of the cats.

The lucky felines were taken to a local animal shelter, where they’re being temporarily looked after. 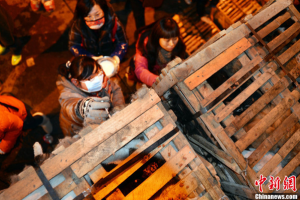 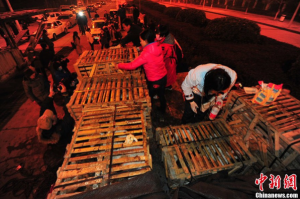 UPDATE, 1/16, 2:19 am: Just saw that the website Care for Chinese Animals reported on this as well. In a translated message possibly written by someone who was at the scene:

The driver refused to answer reporters’ questions. All of these cats were severely mistreated and starved, having not had any food or water for many days. Many thanks to a police officer Mr. Wang Yujing and among the others were calling for help through Weibo for local Changsha people to come and rescue the poor cats.

…This is a terrible situation for loving volunteers to be in. While we don’t want to give a cent to the cruel evil, there was no other way for them to save the poor cats. If the police were to insist on having the cats released to the volunteers, we would not have to pay anything to the horrible cat napper. The capture of cats is criminal, but this doesn’t stop greedy and selfish kidnappers from stealing and hurting cats. Current food and safety laws do not allow food that has not been quarantined to be eaten, but that is not enough. We are calling for stricter animal protection laws to be introduced, to protect those who cannot speak.