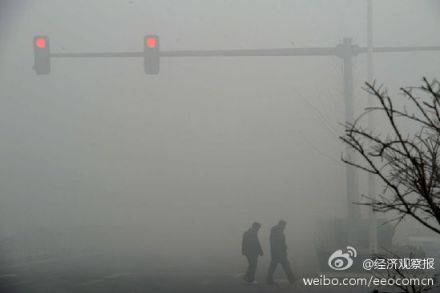 Late Sunday night in Hangzhou, Zhejiang province, a fire broke out at a furniture factory in Anji county that no one noticed for hours because they couldn’t see it through the “fog.” Xinhua has the report (my translation):

Due to a thick fog cover at the time, the initial smoke and open flames actually lasted nearly three hours before local residents discovered it.

About 60 firefighters and officers eventually arrived on the scene, at about 2:50 am, and worked for 10 hours. Large portions of the factory goods were destroyed.

Xinhua says the factory was a fire hazard because workers piled up large numbers of flammable substances.

With this story, we see that China’s sterling coverage of the pollution continues. (You’ll just have to continue to ignore that Xinhua’s style guide dictates the word “smog” is never to be used.) We wonder though: how much longer until it’s no longer chic to blame everything on pollution?

One Response to “Xinhua: A Furniture Factory In Hangzhou Burned For Nearly 3 Hours Before Anyone Noticed Through The “Fog””