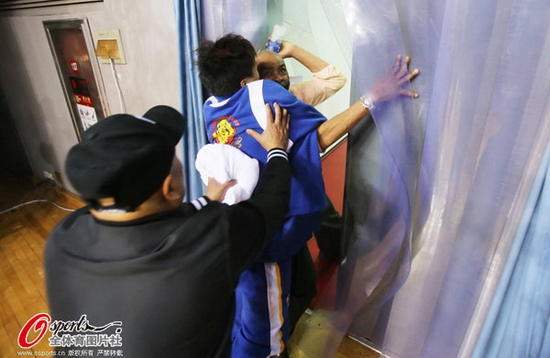 What words do we have left for Sunday’s colossal wreck of a basketball scrum between Qingdao and Tianjin, in which the two teams were whistled for a combined 89 fouls (an average of one and a half fouls per minute), shot 119 combined free throws, and each had three players foul out? I wrote that it was “how bad basketball can look when entrusted to the wrong people.” NiuBBall’s Jon Pastuszek called it an “abomination,” “nightmare” and “pathetic.” Andrew Crawford of Shark Fin Hoops tweeted, “In Chinese basketball, the biggest problem remains the standard of refereeing.” It was a sad day indeed for fans of the CBA.

But none of us were as mad as Gary Gaspard, Tianjin’s “assistant” coach who often acts as the de facto head coach on the sidelines. (He was the one most adamant about pulling his players off the court to protest a call late in the fourth quarter.) If you believe the adage that a picture is worth a thousand words, glance upon this picture of Gaspard in the moments just after the game, which Qingdao won 140-138 in double overtime: 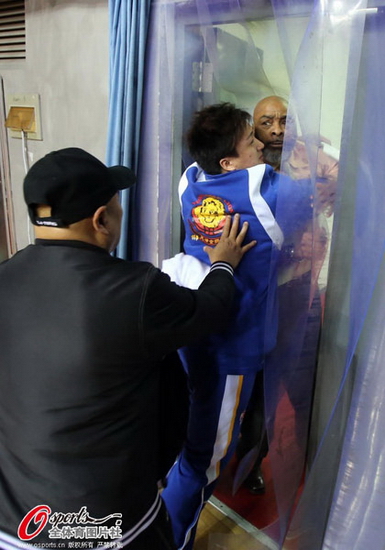 That is a death stare. And it’s coming from a man that by all accounts is a wise and sensible person. In an earlier interview with Tianjin Plus, he revealed that he has seven children and two grandchildren, and is “really blessed.” He also teaches the Princeton offense, which is pretty great:

All sport is 90% mental and 10% physical. What I try to do, in the offense, is teach the Princeton, and the Princeton is reading your defender. I don’t like to call them plays, per se. I like to let guys react off their defender and react off their offensive men. That’s the way I try to use their mental (ability) and we use it every single day in practice. We also have an offensive concept called Menthus and what I basically do is attack more on offense without play. 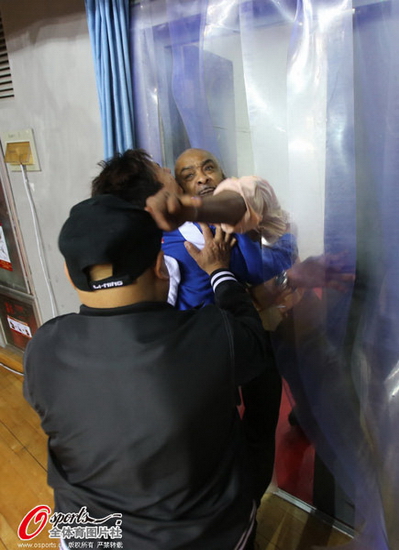 We’re not sure who the player is ushering him off, but he deserves more playing time. O Sports has several more pictures of the coach here.

We feel your pain, Mr. Gaspard. 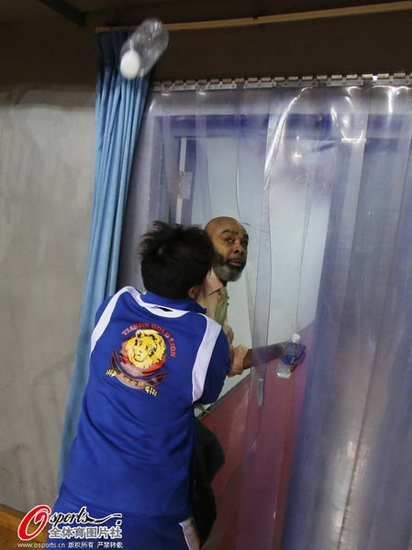 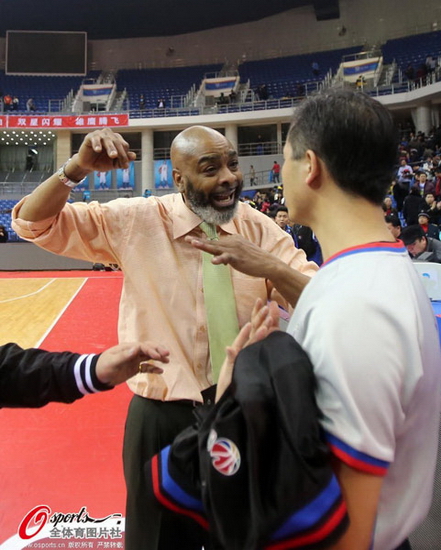 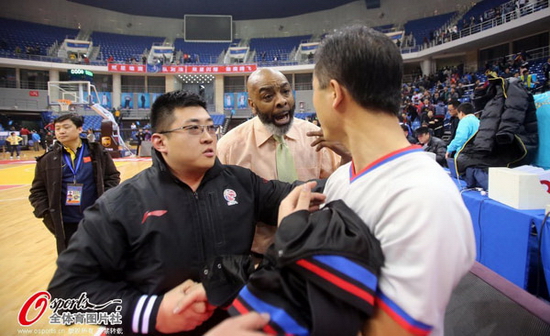 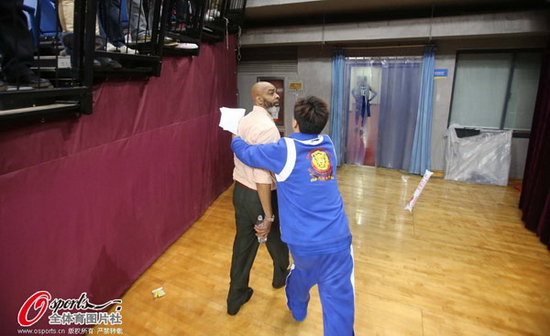 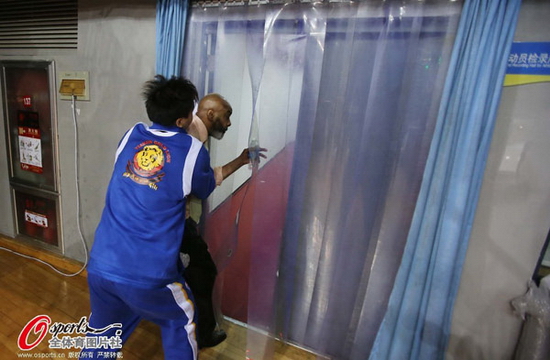 Again, here are the more embarrassing refereeing moments from Sunday’s scrap. Skip ahead to the 9:13 mark to see the worst call of the game, a phantom foul that sent Qingdao’s Chris Daniels to the line for two game-clinching free throws with 4.5 seconds remaining.