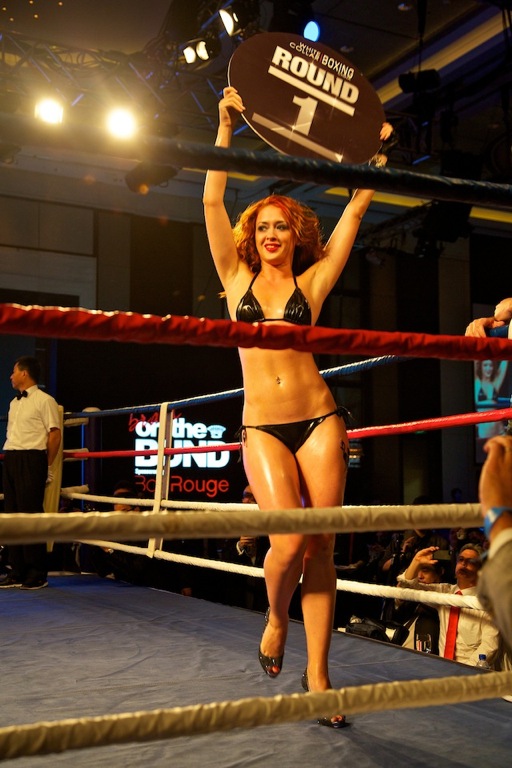 Brawl on the Bund charity boxing, via Shanghaiist; compare: Brawl on the Wall in Beijing.

Homophones! “But the spirit of principled resistance is still very much alive at The Beijing News, and it can be glimpsed in this piece posted online today in the paper’s lifestyle section — a classic example of the time-honored practice of conveying deeper meaning through sublime and ambiguous writing, or chunqiu bifa (春秋笔法). // The piece is a loving tribute, yes, to porridge. In particular, to the porridge of the south. But it is really a song of love and support from The Beijing News to similarly embattled colleagues at Southern Weekly.” (China Media Project)

We’ll see soon just how tentative. “A tentative agreement to defuse a newsroom strike by Chinese journalists over censorship controls in this southeastern provincial capital had been reached by early Wednesday, and some reporters working for Southern Weekend, the newspaper at the heart of the dispute, were told that the paper would publish as usual on Thursday, one journalist in the newsroom said. // ‘The paper is coming out tomorrow, and the propaganda department is going to hold a meeting with staff about this tomorrow,’ said the journalist, who spoke Wednesday on the condition of anonymity. Several other reporters said that details of the agreement remained murky Wednesday morning, and that the deal could fall apart.” (NY Times)

More on the Beijing News story: an insider’s account. “Last night around 8 p.m., Yan Liqiang, the deputy director of the Beijing Municipal Party Committee Propaganda Department, came to our office and convened a meeting in the conference room on the fourth floor. At that point, we didn’t know it had anything to do with the Global Times editorial. // Later, around 11:30 p.m., our leaders said we had to move quickly to do the final sign-off on pages. The aim was to sign off on everything by 12:30 a.m. A minute later and it would all end up a disgrace. At the time, we had no idea what they meant. // At the same time, the leaders from the Beijing Municipal Party Committee Propaganda Department still hadn’t left the fourth-floor meeting room. Our own top leaders were still in there meeting with them. They were negotiating over whether or not to reprint the Global Times editorial.” (WSJ)

Corollary: “Word passed around the Chinese social media circle that the Beijing Propaganda Department has threatened to dissolve Beijing News if they refused to publish the Global Times editorial.” (Global Voices)

On Google and censorship. “But most importantly, even though Google holds a small market share in China, this still generates substantial revenue for the company. This additional revenue surely makes shareholders who are looking for new Google growth stories happy. So Google felt it necessary to placate shareholders even if it meant that they would have to bow down to Chinese government censors. Of course, they are not the first foreign company to do China’s bidding in order to gain market access and they won’t be the last.” (Great Fire)

Closing line: “the larger battle remains unresolved: the fight over who defines the truth in China.” “Solzhenitsyn, who was less known for his comedy, doe-eyed looks, and middle-class charm, won the Nobel Prize in 1970, and ended his lecture with a Russian proverb: ‘One word of truth shall outweigh the whole world.’ This week, the actress Yao Chen, who has more followers on social media than anyone else in China—or, notably, anyone else on the planet—sent that line out to her thirty-one million fans on Weibo, the microblogging site, as a show of support for a Chinese newspaper locked in a battle over censorship. The cosmic distance between Yao Chen, of ‘If You Are the One 2,’ and Aleksandr Isayevich, of ‘The Gulag Archipelago,’ is such that their brief intergalactic crossing should make us ask: What does this mean?” (Evan Osnos, New Yorker)

Tim Cook visits China… again. “Miao Wei, head of China’s Ministry of Industry and Information Technology, today met with Cook to discuss the country’s tech industry, mobile communications, and Apple’s operations, the government organization posted on its Web site. Bloomberg was first to report on the news. // Cook’s latest visit to China comes less than a year after he made a relatively public tour across the country. During that stint, Cook met with a number of Chinese government officials. He also visited a Foxconn iPhone factory.” (CNET)

A long read on culture, TV, etc. “Responding to the demand for learning the Classics in elementary education, Chinese universities have begun to train scholars of Confucian Classics. The first College of Chinese Classics was inaugurated in 2005 at the People’s University in Beijing. The revival of Confucianism at the grassroots among the traditionalists has paved the way for the state’s call on an all out cultural war against decadent Western culture. // However, the Chinese versus Western rhetoric in Hu’s charge of amoral Western influence is deceptive, or at least misguided. The current cultural clash is not China versus the West but an envisioned nationalistic high culture versus the vernacular pop culture ushered in by a market economy. The real clash is therefore between the mandate of a cultural tradition dictated by morality and the demand of a market system dictated by profit maximization.” (Ying Zhu, Asian Creative Transformations)

Leung Ping-kwan, poet. “P.K. told Hong Kong’s own story through homely images of food, buildings, traffic, fish and much else, in poems with names like ‘Papaya’ or ‘In an Old Colonial Building.’ He spoke of how a city functions, of what is lost as it develops so rapidly. Of the human spirit that wanders, looking for its home, while finding welcome overseas. P.K. was both profoundly local and international; he was as likely to be reading something by a Czech writer as a Chinese poet. He studied in San Diego and traveled widely, liking Berlin especially. There, in the strange tale of East-West division and unification, he found echoes of Hong Kong’s own fractured identity and tumultuous political changes.” (Rendezvous, NY Times)

Maya Moore is averaging what…? “She is averaging 39.7 points, 12.4 rebounds, 4.2 assists, 3.9 steals and 1.4 blocks. She leads the league in efficiency rating. She’s hit 40+ points seven times, 50+ three times and scored exactly 60 points once. Her team, the Shanxi Flame, is in second place. But due to injury, Maya Moore will not be playing in the Chinese Women’s All-Star Game.” (NiuBBall)

Marcus Williams has a replacement. “After playing the last five games without Marcus Williams — the previous three of which have been losses — the Shanxi Brave Dragons have officially signed a long-term replacement. // Christian Eyenga, who was drafted in the first round by the Cleveland Cavaliers in 2009, has formally been announced as Shanxi’s newest foreign player and has already linked up with the team in Taiyuan. According to Chinese media, the league has received Eyenga’s letter of clearance and he will thus be available to play in tonight’s nationally televised game against Fujian SBS.” (NiuBBall)

Some netizens are rejoicing. “The deputy head of Guangzhou’s Public Security Bureau, Qi Xiaolin, was found hanged to death yesterday, Guangzhou Daily has reported on its microblog. He was 55 years old. // The deputy, who was based in Tianhe District, also had unspecified physical illnesses, news organizations have reported.” (The Nanfang)

Who drinks tap water, anyway? “To drink or not to drink? That is the question for Beijing residents, according to water qualityexpert Zhao Feihong. // Her answer: No. She advises anyone who can afford it to switch to bottled water, claiming it isa safer alternative.” (China Daily)

Bad press. “Mars China Inc offered Monday to compensate a consumer if its investigations proved she had indeed discovered a maggot inside a box containing Dove nutty milk chocolate hearts. // A Beijing resident, surnamed Xiao, alleged she discovered a maggot inside the box after she bought the tin of Dove Mocha Milk Chocolates with Hazelnuts from a local supermarket in Fengtai district Sunday morning.” (Global Times)

the chinese #hashtag to follow for #protest in #China is #2013公民行动之年 which means: 2013 the year of citizen action

Ben Folds not coming to Beijing. (the Beijinger)

Nutcracker in China, via Global Times: 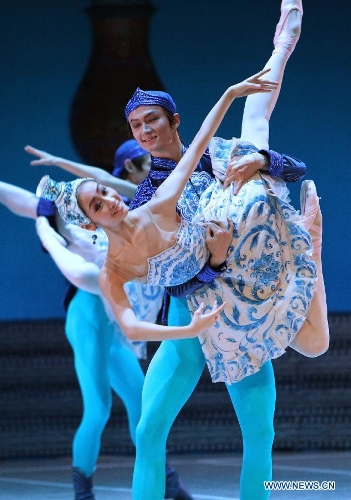