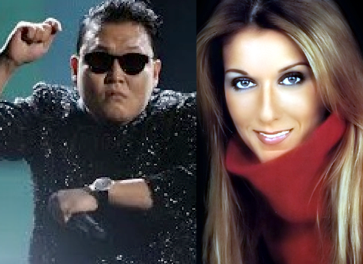 Hunan will be spared a visit from Uncle PSY this Spring Festival, as it looks like he’ll be galloping on Phoenix Dragon TV’s Spring Festival crap-a-thon in Shanghai, effectively making the Changsha government look like a bunch of liars.

According to gossip queens Xinhua, PSY arrives in Shanghai tonight, where he’s scheduled for a performance at Cuvve on The Bund February 1 and will then spend the next five days psyching himself up in the mirror for the big game.

Also, he’s very down-to-earth for not wanting any fuss or fanfare:

PSY is keeping things very low key and simple, Phoenix Dragon TV publicist Feng Liang told reporters… “We offered to provide PSY with a very detailed itinerary for security and accommodations, but after he saw the words ‘hotel suite’ ‘eight-man security team’ and ‘all-inclusive,’ he completely refused them.”

PTV’s gushing publicist later spewed, “His fee was less than even when we had Jacky Cheung and Andy Lau for our New Year’s concert.”

PSY told the station how he rolls:

One person I’m pretty certain won’t be turning down hotel suites is Celine Dion (see notoriously demanding rider here), who will not only grace the CCTV Spring Festival Gala with the rarely-performed “My Heart Will Go On,” but also pair up with PLA songbird Song Zuying, the now “legendary mistress of Jiang Zemin,” for a duet on “Jasmine Flower.” (Here is Song singing something annoying in 2009.)

Titanic will always be afloat in the hearts of the Chinese people, but for someone who had to cancel tour dates last year due to inflamed vocal chords, I wonder how this diva will handle a lungful of Beijing.