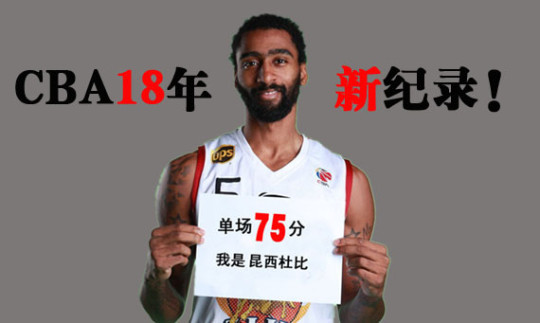 From the department of jaw-dropping sports accomplishments, Quincy Douby scored 75 points yesterday as his Zhejiang team defeated Shanxi, 154-129. Charles Gaines, playing for the first time without his foreign running mate — CBA leading scorer Marcus Williams, who was recently suspended six months for pot use – scored 60 points and grabbed 29 rebounds in the loss.

The game itself was played at a blistering pace, i.e. no defense, with Zhejiang leading 67-63 at halftime, behind Douby’s 35 23. A 42-26 third quarter blew the game open for the home team.

The below Sina highlight package, in a most classic example of burying the lead, doesn’t show any Douby buckets until late in the third quarter. One might come away with the impression that he scored a normal 30, or maybe 40 or 50. UPDATE, 1/4, 2:34 am: More highlights, including a spectacular dunk.