At 10:50 am today, a shooting in Changsha, Hunan province left two men seriously injured, though only one of them from a gunshot. Preliminary reports are that a man surnamed Li, 42, was entangled in a debt dispute with another man surnamed Peng, 36. The two had a court-ordered deadline of today to resolve their differences. When they could not, Peng intercepted Li in his car this morning at Wanbao (Evening Paper) Avenue near Junyi Shanshui Hotel, where Peng shot Li with a homemade gun. Li, injured but not (apparently) critically, then smashed Peng on the head with a brick. Judging by the video, it appears that both men bled profusely, though only one lies unconscious on the ground in a pool of blood. It wasn’t explicated which of the two got it worse, but we think the man who’s standing is the one who got shot. UPDATE, 1/13, 5:07 pm: This is confirmed. Would you believe both men only suffered “minor” injuries?

China.org has a much different write-up of this incident:

An unsuccessful bank robbery in Changsha, Hunan province in the morning of January 10, 2013 left two victims in unknown condition after one man was shot in the face by suspects and a suspect was smashed in the head with a brick by a local man. According to a Changsha local news paper, five men pulled up to a Bank of Communications in a black jeep attempting to steal money from bank customers at gunpoint. Several passers-by heard the gunshots and informed local police.

It’s the same incident, but again, we’re not able to account for the discrepancy in details. Pictures from China.org: 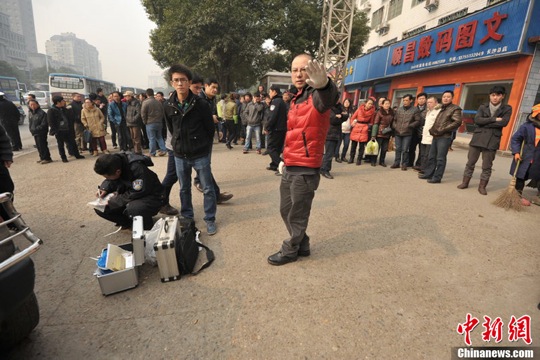 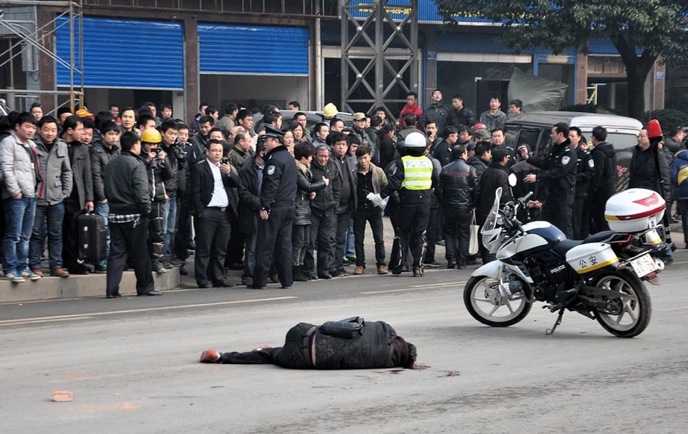 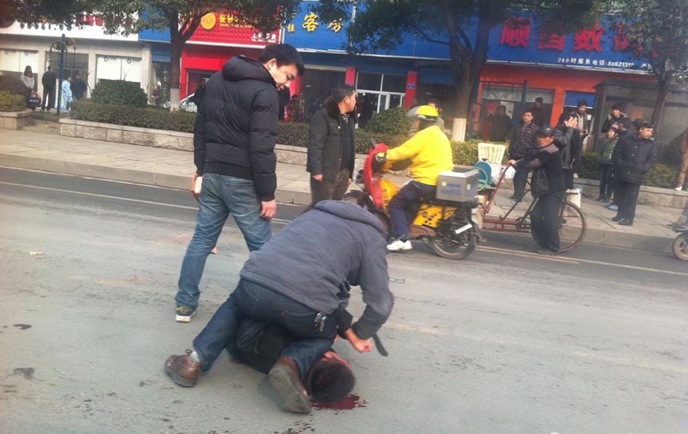 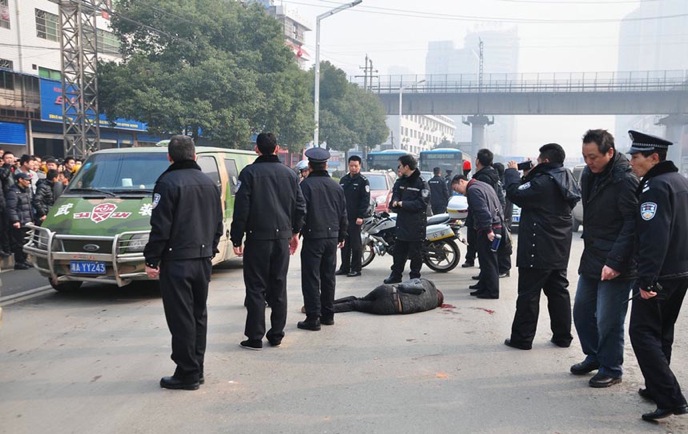 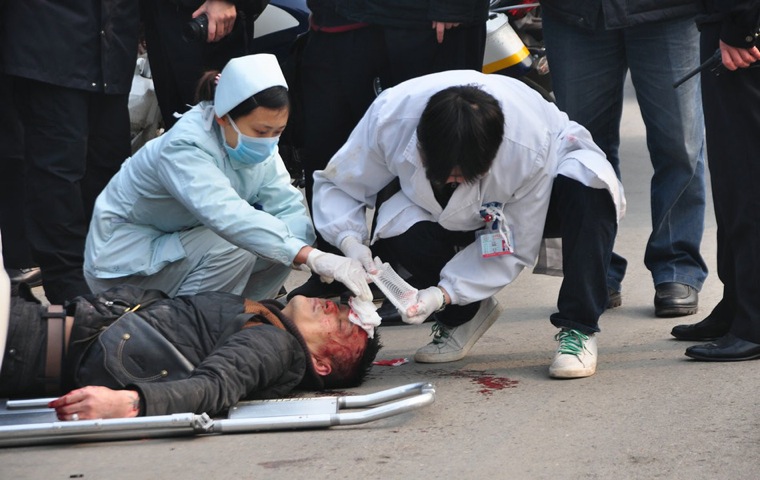 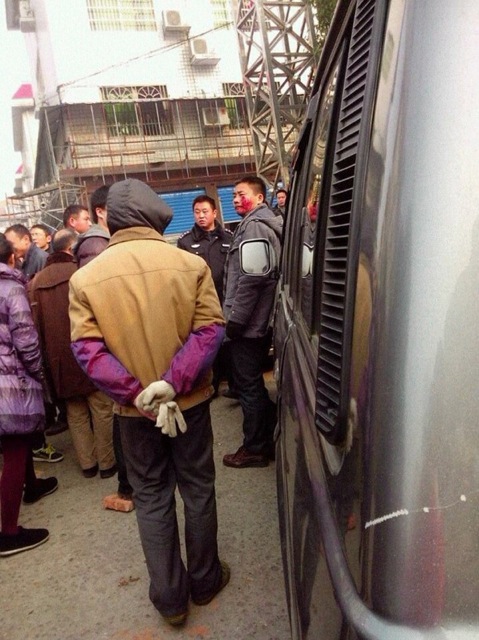