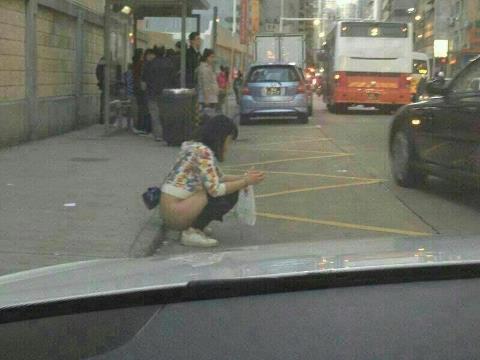 We’ve been saying it for a while now around these parts, but: when you gotta go, you gotta go.

It’s just that you kinda risk being captured on photograph, having it posted on Facebook, re-blogged, etc… and that’s kinda awful, isn’t it?

7 Responses to “This Woman In Macau Will Do Her Business On The Curb, And What Are You Gonna Do About It? Take A Picture?”